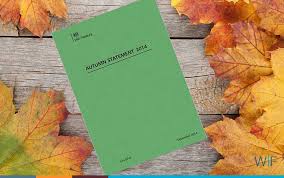 The Chancellor George Osborne delivered his final Autumn Statement of this Parliament amid ongoing economic uncertainty. The key indicators paint an unclear picture.

The UK economy is now expected to grow faster in 2014 than any other developed economy including the Eurozone. But the pace of GDP growth slowed between the second and the third quarters of this year, from 0.9% to 0.7%.

There were 76,000 more new businesses launched in 2013 than in 2012, and the number of businesses that failed last year fell by 6% on the year before. But annual growth in business investment is almost 3.5% lower than expected for 2014.

Despite the uncertain economic backdrop, the official update from the Office for Budget Responsibility (OBR) was positive. GDP growth in 2014 is expected to be 0.3% higher than the prediction made at the 2014 Budget in March. The OBR expects 500,000 new jobs to have been created by the end of the year, almost double the amount forecast in March. And the deficit has fallen to 5% of GDP, half the figure in 2010.

The Chancellor urged caution in view of “warning lights” flashing over the global economy but said the figures showed the long term economic plan is working and that the UK is “on course to prosperity.”

The following report summarises the announcements made by Chancellor George Osborne during the 2014 Autumn Statement on Wednesday 3 December 2014.