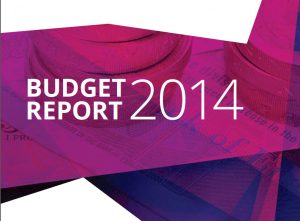 The economic backdrop to Chancellor George Osborne’s fifth Budget statement was decidedly more positive than it was when he moved into Number 11 in 2010. The economy grew by 1.8% in 2013, three times more than the Office for Budget Responsibility predicted at the Budget in March 2013. The OBR has now upgraded its growth forecast for 2014 to 2.7% and to 2.3% for 2015. Employment grew by 105,000 in the quarter to January 2014, driven by a surge in selfemployment, and the unemployment rate is down to 7.2%. But it isn’t all good news. Inflation fell to 1.9% in January this year but average pay grew by 1.4% in the three months to January. Also, the value of exported goods fell by 1.1% in the three months to January 2014, hardly the sign of an export-led recovery. In February, the Chancellor himself admitted to business leaders in Hong Kong that “Britain is not exporting enough.” George Osborne also told his audience in Hong Kong that the UK’s economic recovery was not yet secure or balanced. He said that his 2014 Budget would be “… a budget where we must confront our problems and deal with some hard truths.” He also echoed this sentiment in his Budget speech, saying that he had “… never shied away from telling the British people about the difficult decisions we face.”

The following report summarises the announcements made by Chancellor George Osborne during the 2014 Budget on Wednesday 19 March 2014.