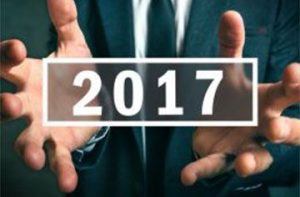 Chancellor Philip Hammond described his first and last Spring Budget as one that “takes forward our plan to prepare Britain for a brighter future”. The economic forecasts outlined by the Office for Budget Responsibility (OBR) were broadly in line with those from the Autumn Statement in November 2016.

Spring Budget 2017 was light on new measures with very few new announcements that will come into effect for the 2017/18 tax year.

The Chancellor confirmed that from April 2017:

The following report summarises the announcements made by Chancellor Philip Hammond during Spring Budget 2017 on 8 March 2017.

Unincorporated businesses and landlords that have an annual turnover below the VAT threshold will now have until April 2019 to prepare before making tax digital (MTD) becomes mandatory. MTD will require businesses to use digital software to keep tax records and update HMRC on a quarterly basis. Businesses, self-employed people and landlords will be required to start using the new digital service from:

Businesses, self-employed people and landlords with turnovers of less than £10,000 per annum are exempt from these requirements.

From 6 April 2017, the cash basis entry threshold is to increase from £83,000 to £150,000. Cash basis accounting is an optional and simplified method for calculating and reporting taxable profits for qualifying trading businesses. It basically means you record income and expenses as they are actually paid rather than based on invoice date.

The rules surrounding individuals working for public sector organisations through their own limited company will change from April 2017. The ‘off-payroll’ rules will mean that where a public sector organisation (e.g. NHS, NI Civil Service etc) engages an off-payroll worker (e.g. a self employed consultant), that organisation will be responsible for deducting and paying the associated tax and NICs to HMRC. The 5% allowance that was available to reflect the costs of administering the rules will also be removed for those who work in the public sector.

A new measure for corporation tax and income tax will prevent an election being made for appropriations of a capital asset into trading stock made on or after 8 March 2017.

The purpose is to prevent businesses converting losses attributable to a period for which the asset was a capital asset into more flexible trading losses. The legislation will only permit this election to be made where the appropriation at market value into trading stock would give rise to a chargeable gain and not where it gives rise to an allowable loss.

Hybrid and other mismatches

Two retrospective minor changes to the hybrid and mismatch regime came into effect on 1 January 2017. The first change removes the need to make a formal claim in relation to the permitted time period rules, which deal with mismatches involving financial instruments. The second change provides that deductions for amortisation are not treated as relevant deductions in relation to the legislative requirements.

The government will make administrative changes to the research and development (R&D) expenditure credit to increase certainty and simplicity around claims and will take action to improve awareness of R&D tax credits among SMEs.

Disposals of land in the UK

Legislation will be introduced in Finance Bill 2017 to ensure that all profits arising from the dealing or development of land recognised in the accounts on or after 8 March 2017 will be taxed, regardless of the contract date. Previously the rule only applied to contracts entered into on or after 5 July 2016.

With class 2 national insurance contributions (NICs) due to be abolished in April 2018, class 4 NICs are to rise from 9% to 10% in April 2018 and then from 10% to 11% in April 2019. The intention of this change is to move toward equalising the payments made by the self-employed when compared with those who are employed. However, it is expected that only a self-employed person with profits over £16,250 will have to pay more as a result of these changes.

The £5,000 tax-free dividend allowance, introduced in April 2016, is to be reduced to £2,000 from 6 April 2018.  This will increase the tax payable by a basic rate taxpayer receiving dividends over the allowance by £225; for a higher rate taxpayer the additional tax will be £975.

From 1 April 2017 the vehicle excise duty (VED) rates for cars, vans and motorcycles registered before that date increase in line with the retail price index (RPI).   VED is paid on vehicle ownership, and rates are dependent on the type of vehicle and the first date of registration.

There will be no change in HGV VED and road user levy rates.

Air passenger duty rates increase in line with the RPI from 1 April 2018 as follows:

An announcement with regard to the applicable rates from 1 April 2019 will be made at Autumn Budget 2017.

From 13 March 2017 the duty rates on alcohol will increase in line with the RPI. The increase in cost is reported to be as:

All tobacco product duty rates increase with effect from 8 March 2017 by 2% above RPI inflation.

Gaming duty bands increase in line with inflation for gaming duty periods starting on or after 1 April 2017.

From 20 May 2017 there will be a minimum excise tax for cigarettes. This is intended to target the cheapest tobacco. The rate is £268.63 per 1,000 cigarettes.  A packet of 20 cigarettes will increase by approximately 35 pence.

Following consultation, the government is to delay the reduction in the stamp duty land tax filing and payment window until 2018/19.

The money purchase annual allowance (MPAA) will reduce from £10,000 to £4,000 from 6 April 2017. There will be no changes to how the MPAA will operate or how it is calculated and the transitional provision for the 2015/16 tax year remains unchanged. Any unused MPAA cannot be carried forward for later years.

The Lifetime ISA will be available to individuals aged between 18 and 40 from 6 April 2017. The Lifetime ISA allows for savings of up to £4,000 per annum up to the age of 50. There is an entitlement of a 25% bonus of up to £1,000 from the government each year. Withdrawals can be made without penalty if the funds are used to purchase a first home or for any reason after the age of 60. Withdrawals before age 60 for another reason will incur a charge that will effectively repay the government’s bonus, plus an additional charge. This is an extremely tax efficient method of long term saving!

A new NS&I Investment Bond will become available for 12 months from April 2017. This bond will be available for all those aged 16 or over and is subject to a minimum investment of £100 and a maximum of £3,000. The bond will attract a 2.2% interest rate over a term of 3 years.

The taxable turnover threshold, which requires a person to register for VAT, increases from £83,000 to £85,000 per annum. The threshold below which a VAT-registered person may apply to deregister increases from £81,000 to £83,000 per annum, and the relevant registration and deregistration threshold for Intra-Community acquisitions will also be increased from £83,000 to £85,000 per annum. All these changes will take effect from 1 April 2017 and will prevent around 4,000 businesses from having to register in the financial year 2017 to 2018.

The positive rates of VAT are unchanged, so the standard rate remains at 20% and the reduced rate at 5%.

The government has continued to consider introducing alternative methods of collecting VAT where existing methods have been abused. This is in addition to the measures it has already introduced to address the problem of overseas businesses selling goods to UK consumers via online marketplaces without paying VAT. On 20 March 2017, the government will publish a call for evidence regarding the case for a new, safer method of collecting VAT relating to online sales. The method will make use of technology to take the VAT out of such transactions at the point of purchase. This type of arrangement is known as split payments.

The current use and enjoyment provision for mobile phone services used by consumers will be removed. The new measure will ensure that services used outside the EU are brought within the scope of VAT. Furthermore, mobile phone companies will no longer be able to use the inconsistency to avoid UK VAT. This will bring UK VAT rules in line with the internationally agreed approach.

Fraud in the construction sector

The government has announced that on 20 March 2017, it will publish a consultation document on a range of policy options to address fraudulent activity relating to the supply of labour in the construction industry. Possibilities could include introducing a reverse charge (operating in the same way as services bought in from abroad) requiring the recipient of the services to account for the VAT. The qualifying criteria for gross payment status within the Construction Industry Scheme will also be reconsidered. The objective of any changes would be to strike a balance between effective targeting, simplicity and minimal impact on businesses, at the same time as eradicating the likelihood of fraud as much as possible.

In Autumn Statement 2016, it was announced that a new penalty for cases of fraud would be introduced in Finance Bill 2017. That has now been confirmed. A consultation process followed the issue of draft legislation and as a result, some minor changes have been made for the purposes of clarity and also to limit the naming of a company officer to cases where the amount of tax due exceeds £25,000. The new penalty will take effect once the Finance Bill receives Royal Assent.

Notice 733 provides guidance on the transitional rules for those operating the basic turnover method or the cash based turnover method at paragraphs 8.2 and 9.7 respectively in that it explains the treatment for invoices issued or cash received after 23 November 2016 and before 1 April 2017. Those whose returns straddle 1 April will have to split their accounting between the old and new rates. If, in any period, the cost of relevant goods is more than the ‘limited cost’ threshold, the business may use the normal flat rate scheme percentage for that period.

A change in the legislation which came into effect on 8 March 2017 is intended to ensure that promoters of tax avoidance schemes cannot circumvent the promoters of tax avoidance schemes regime by re-organising their business so that they either share control of a promoting business or put a person or persons between themselves and the promoting business. This is achieved by introducing the term ‘significant influence’ into the control definition of the Finance Act 2014.

Plans were announced to provide an increase in the number of training hours for 16-19 year olds on technical routes by more than 50% to over 900 hours a year on average, including the completion of a high quality industry work placement during the programme.

The way in which tax charges (or tax relief, as appropriate) are applied depends upon individual circumstances and may be subject to change in the future. The information in this report is based upon our understanding of the Spring Budget 2017, in respect of which specific implementation details may change when the final legislation and supporting documentation are published.

This document is solely for information purposes and nothing in this document is intended to constitute advice or a recommendation. You should not make any investment decisions based upon its content.

Whilst considerable care has been taken to ensure that the information contained within this document is accurate and up-to-date, no warranty is given as to the accuracy or completeness of any information.