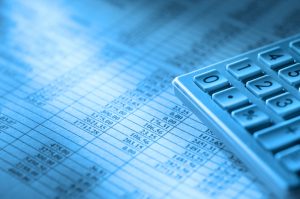 A capital allowance is the tax equivalent of depreciation.

For example, a business buys a lathe for £10,000 and believes the lathe has an estimated useful working life of 10 years. The business may choose to depreciate the asset at the rate of £1,000 a year until it has a net book value of zero after 10 years.

Depreciation is generally not allowed for tax purposes and therefore any depreciation in the accounts must be added back to increase taxable profits. Instead, you may be able to claim a capital allowance.

There are no capital allowances for land and buildings, although certain fixed plant and machinery within a building may be eligible.

The government has also announced that there will be some special capital allowances for enterprise zones in assisted areas.

Machinery is any device with moving parts. It does not have to be connected to any form of power. For example, a locking mechanism is machinery.

Plant must have an expected life of at least 2 years and be required for the functions of the business. Some small items, such as replacement loose tools, may be regarded as revenue expenditure. This means that you are able to claim tax relief immediately and not over many years.

Talk to us if you are planning any capital expenditure

There is an annual investment allowance (AIA) which may be claimed against most forms of allowable plant and machinery.

The main exceptions are for ordinary cars and plant and machinery purchased during a company’s final trading period. The allowance is currently £500,000 but is due to reduce for expenditure after 31 December 2015.

There are also some instances when a first year allowance (FYA) may be claimed for the whole cost, such as for certain environmentally-friendly plant.

If plant and machinery qualifies for an allowance its value (after any AIA or FYA) is added to either the Main or Special Rate pool (unless tax law requires it to be calculated separately). Separate calculations are needed for certain long-life assets (those with an expected life of 25 years or more), some cars and (if you choose) short-life assets.

There are 2 general pools: 1 at a high rate and 1 at a lower rate. Capital allowances mean that the whole cost of an asset will eventually be allowed for tax. A lower rate consequently means that this process will take longer.

The higher rate pool attracts a writing down allowance of 18% a year; the lower rate pool at 8% a year. Where you acquire assets for both pools it is therefore often preferable to use the AIA against the assets that attract the lower rate. Long-life assets must be included in the lower Special Rate pool.

For example, an asset cost £10,000 and qualifies for the 8% writing down allowance:

To avoid small figures, HMRC now allows a pool that has fallen below £1,000 to be wholly written off. In our example, if we only had that 1 asset in that pool it would take 28 years for the value to reduce to less than £1,000. By that time you may have long disposed of the asset.

Short-life assets have an expected life of up to 8 years. These maybe left out of the 2 general pools if you wish.

The advantage is that you can claim capital allowances over the expected life of the asset rather than on a reducing basis, allowing tax relief to be obtained much more quickly. This election is commonly made for computer equipment.

We can advise which assets come within the scope and whether it is worth making the election.

This charge is equal to the excess proceeds received (effectively the potential negative balance that would be produced) and serves to increase taxable profits in order to take back the over claimed allowances.

Similarly, a ‘balancing allowance’ may arise where a trade ceases with a pool balance greater than zero. This allows for the entire balance remaining to be written off in full.

Cars are plant and machinery but have some special rules.

Low emission cars can attract a 100% first year allowance. That means that you can write off the whole cost against your taxable profits in the year of acquisition.

Higher emission cars attract a writing down allowance of 18% or 8% depending on their emission figures.

If the car is a company car, the employee could be liable to pay tax on the benefit. The amount is also determined by the car emissions.

Other points to consider

The main rate of corporation tax reduces to 20% from 1 April 2015. Bringing forward expenditure to an earlier period may result in a greater tax saving. The timing of acquisitions can have significant tax consequences.

If you borrow money to pay for an asset, the loan relationship tax rules may need to be considered.