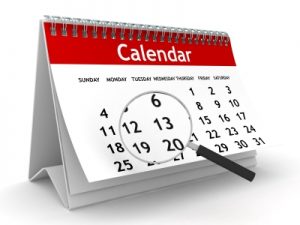 In future, taxpayers who make payments by internet/telephone banking, CHAPS, bank giro, Post Office or through the post will receive two payment requests during the year, rather than four bills which is current policy. The payment requests will be sent out in October and April, with payments due by 31 January and 31 July respectively.
In the case of payments made by direct debit, the collection of monthly payments will be delayed by HMRC to bring the payment dates into line.

In the first year only, monthly direct debits will stop for a short period and then start again; class 2 contributions due for April 2011 will be requested from taxpayers’ bank accounts in August 2011; and payments thereafter will be monthly.

There is also the introduction of direct debits payments made bi yearly. The new 6 monthly direct debit, which is also to be collected in January and July each year, will be available from April 2011 for those who do not wish to pay monthly.