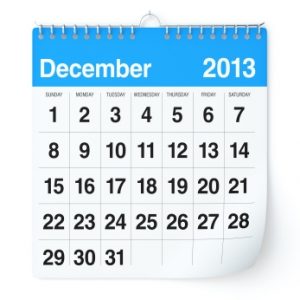 Welcome to your December newsletter. In this issue, we look at recently-released guidance on how to attract and secure crowd funding. We look at two surveys, one which found that small and medium-sized manufacturers are optimistic about the next three months and another that showed the cost of doing business is far outgrowing inflation. And, in Your Money, we look at data that suggests the traditional inheritance could be a thing of the past.

Guidance about how small firms and start-ups can access finance through crowdfunding has been published as part of Global Entrepreneurship Week, which ran from 18-24 November.

Crowdfunding involves people pooling their money, usually via an online platform, to invest in an initiative or idea being run by others. Crowdfunding for businesses usually sees the investors receive some equity in the firm.

The Federation of Small Businesses (FSB) and the UK Crowdfunding Association have released advice on how to access finance through crowdfunding. The advice includes:

· Don’t be overly ambitious with the funding target and don’t over value the business.

Recent FSB research found that only 37 per cent of its members were aware of alternative finance providers, such as peer-to-peer lenders and crowdfunders. A separate survey of 15,000 SMEs across the EU recently revealed that 85 per cent of loans in the last two years had come from banks.

“Most people’s first thought about crowdfunding, is pitching on a well-known TV show. If they like your idea, they’ll give you some money in return for some equity in your business. While those people get to pitch in person and answer any questions, crowdfunding means pitching online, so getting it right is more important than ever if you’re going to succeed in getting finance.”

Optimism among small and medium-sized manufacturers grew at a record pace in the third quarter of this year, according to a survey by the Confederation of British Industry (CBI).

The CBI’s latest SME Trends Survey found that demand grew significantly, with 42 per cent of SME firms reporting an increase in domestic orders and 33 per cent recording an increase in export orders. Total new orders increased by 17 per cent in the three months to October.

The manufacturing sector grew by 1.2 per cent between August and September 2013, according to the latest estimate from the Office for National Statistics.

Commenting on the survey’s findings, the CBI’s director of economics Stephen Gifford said:

“This has been a positive quarter for small and medium-sized manufacturers, with new orders and output both on the rise, and further improvements expected next quarter.”

“Optimism about the general business situation has improved at a record pace, and there is evidence of a general thaw in investment intentions for the year ahead.”

The cost of doing business in the UK has increased well ahead of the rate of inflation in 2013, according to new research from business group the Forum of Private Business (FPB).

The FPB’s latest Cost of Doing Business member survey found that prices for micro, small and medium-sized employers have increased by six per cent this year. The UK’s inflation rate currently stands at 2.2 per cent.

Some 94 per cent of respondents said their overall business costs have increased this year. The most commonly-cited reasons for this were increases in the cost of:

Other headline findings from the Cost of Doing Business survey include:

Late-paying customers had compounded these problems for 59 per cent of businesses and 35 per cent said that red tape and administrative burdens had taken valuable time away from the running of the business.

The traditional inheritance is becoming a thing of the past as more parents choose to give away assets during their lifetime, data from the Office for National Statistics (ONS) has suggested.

The UK’s ageing population, alongside rising living and care costs, is also diminishing assets which might traditionally have been passed on to others, it said.

IHT is currently due on assets – including anything held in trust and gifts made within seven years of death – valued at over £325,000.

Commenting on the ONS figures, Nigel Waterson, Chairman of the Equity Release Council, said: “For many of us, it is important that we leave something behind for our loved ones, but with the cost of living soaring and our savings dwindling rapidly, this is becoming increasingly difficult.”

“An increasing number of people are moving away from the idea of a traditional inheritance, instead giving money to younger family members to help them pay for university or get their foot on the property ladder.”