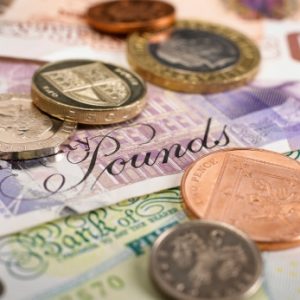 Is the UK finally on the road to economic recovery? We take a look at how our economy has fared over the last six months.

Although economic recovery in the UK remains slower than anyone would like, the past six months have shown encouraging signs of an economy beginning to get back on track. Following contraction in the last part of 2012, news that the economy grew by 0.3 per cent in the first three months of 2013 was welcomed. The positive growth figures, albeit small, helped the UK avoid its third technical recession since 2008.

In fact, recent revisions to official Office for National Statistics (ONS) data have called the notion of the UK’s ‘double dip’ recession into doubt. ONS data now shows that UK GDP stayed level between the fourth quarter of 2011 and the first quarter of 2012, rather than falling 0.1 per cent as previously thought. While the revision brought some good news, it also revealed that the 2008/09 recession was much deeper than originally believed – the economy shrank by 7.2 per cent from peak to trough, rather than by the previous estimate of 6.3 per cent.

Continuing on this upward trend, the preliminary estimate for GDP in the second quarter of 2013 is 0.6 per cent, with all four main industrial groups (agriculture, production, construction and services) recording positive growth on the quarter. The services sector was again the biggest contributor to overall growth, growing 0.6 per cent. Production industries also grew by 0.6 per cent, with manufacturing within this increasing 0.4 per cent following negative growth of 0.2 per cent in Q1 2013.

Elsewhere, retail figures from the ONS saw the volume of goods sold increase by 2.2 per cent in June compared with June 2012, and rise 0.2 per cent from May 2013. Although the monthly increase was modest, it follows a strong May in which sales rose 2.1 per cent on the previous month.

The labour market remains surprisingly resilient despite tough economic conditions. Latest labour market data from the ONS shows employment in the UK was up in the three months to May 2013, while unemployment fell slightly. During this period there were 29.7 million individuals in employment, a rise of 16,000 on the quarter and 336,000 on the year. This means 71.4 per cent of the UK’s population is currently in work.

Unemployment fell by 57,000 in the same period, leaving 2.51 million people unable to find work. The unemployment rate is therefore broadly unchanged from the previous quarter, at 7.8 cent. Meanwhile, the number claiming Jobseeker’s Allowance fell by 21,200 between May and June – a 117,700 reduction on the year and the lowest number of claimants since March 2011.

There were 529,000 job vacancies in April and June, the most since the end of 2008. Average pay in the UK (excluding bonuses) stood at £446 per week in May, a rise of 1.7 per cent year-on-year for the three months to May. This still remains below the current rate of inflation.

An increase in the cost of petrol and diesel and clothing and footwear helped to unexpectedly push the Consumer Prices Index (CPI) measure of inflation up to 2.7 per cent in May. The CPI measure increased again in June, to 2.9 per cent. Despite reaching a 14-month high, the ONS said that inflation remains ‘fairly calm.’ A 7.4 per cent increase in the cost of air fares in May helped push inflation up, before a fall back in June which acted as a downward pressure on inflation for that month.

The total level of QE remains at £375 billion to date, with the last round of asset purchases occurring back in July 2012. The Bank of England’s (BoE) Monetary Policy Committee has also voted to keep the base rate of interest unchanged at its historic 0.5 per cent low.

Despite ongoing problems at home and threats from abroad, former BoE Governor Mervyn King said he’d seen ‘a welcome change in the economic outlook’ when he presented his last quarterly inflation report as the Bank’s Governor. King predicted a ‘modest and sustained’ recovery with 0.5 per cent GDP growth in the second quarter of 2013 and a strengthening over the course of the year.

King warned that inflation could remain ‘stubbornly high’ until 2015, with predictions of further rises in the coming months. It means that the Bank will find it difficult to reach its two per cent inflation target by the end of the year. Despite an easing of inflation since its peak in 2011, stagnant wages and benefit cuts are continuing to have a tough impact on household living standards and spending.

Director general of the British Chambers of Commerce, John Longworth, summed up the business sentiment: “Any growth, however small, is good news and will boost the confidence of many firms across the UK. As things stand, the economy is likely to remain subdued for some time, although we do expect slow and steady growth to continue throughout 2013.”

With the economic landscape holding a glimmer of hope and business confidence on numerous measures continuing to grow, business planning and preparation remain as important as ever. These are just some of the measures you can take to protect your business and make the most of opportunities that come your way.

An up-to-date business plan is essential for start-ups and established firms alike and it is likely that any plans you may have had in place are now out of date. A good plan can help you raise finance, decide on the best operating structure, calculate the potential for profit and the rate at which you expect to grow, amongst many other things.

Planning for the year ahead can make a big difference in saving your business money. Are you aware of all your tax liabilities, and when they will need to be accounted for to HMRC? Substantial penalties can apply for incorrect or late tax returns.

Are you aware of the available tax reliefs your business could take advantage of? For instance, smaller businesses are able to make tax savings using the VAT flat rate scheme in the first year of trading. You could also claim tax relief and VAT relief for certain expenditures incurred before you start trading.

The knock on effects of businesses delaying payments to suppliers has increased since the economic downturn. With trading conditions still tight it is important to manage your debt and cash flow effectively as possible. This may involve invoicing as soon as possible, establishing clear credit terms and chasing bad debtors.

Some deductions can be claimed on business equipment in lieu of depreciation. This includes vans and fixtures in buildings where you may be able to claim a full 100 per cent deduction up to £250,000 against profits. Most other plant and machinery qualifies for an allowance of 18 per cent.

We can help you to identify and grasp any opportunities that could help your business prosper over the coming months. Please contact us to find out how info@mbmcgrady.co.uk.