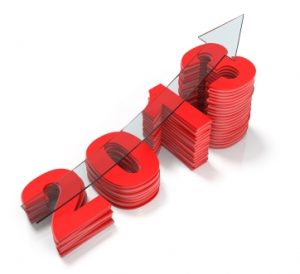 The last six months were a tumultuous time for the UK economy; with the effects of the Olympic Games and Queen’s Jubilee pulling the country out of a double-dip recession, adverse weather conditions affecting businesses and predictions of negative growth for 2012. We take a look back at how our economy fared in the second half of last year and ask what global financial uncertainty may mean for us in the future.

Tax and business planning will, as ever, remain essential. With this in mind, we explore the ways in which you can protect and boost your business during these challenging times.

It’s fair to say that the UK economy has been on a rollercoaster ride over the last six months. Since our last economic update in August 2012, the economy emerged out of a double-dip recession when GDP figures indicated a 0.9 per cent growth in the third quarter of the year. Although politicians and business groups have sought to allay fears of a triple-dip recession, official figures revealed that the 2008/9 financial crisis was worse than reported. In December, the Office for Budget Responsibility (OBR) was forced to downgrade its growth forecast for 2012; after predicting 0.8 per cent growth in March, the OBR said in December that the UK economy would contract by 0.1 per cent last year.

There was also mixed news on inflation, which fluctuated from a record peak in September 2011 to a two-year low in the same month in 2012, before rising again and remaining at 2.7 per cent since October 2012. Meanwhile, the Bank of England’s quantitative easing (QE) programme has not been extended since our last update, with a total £375 billion pumped into the economy to date.

With the OBR delivering news of the country’s sluggish economic performance in December, the Chancellor’s Autumn Statement outlined a range of cost-saving measures aimed at protecting the economy and boosting growth. This included: scrapping January’s planned increase in fuel duty; an increase in the personal income tax allowance to £9,440 from April 2013; and a further cut in the main corporation tax rate for 2014.

The Autumn Statement also drew attention to the ongoing Eurozone debt crisis, which continued to damage investment confidence and reduce external trading demand. Now global financial uncertainty – from the US and emerging economies – also poses a serious threat to our recovery. Despite action from policymakers to reduce risks, economic momentum has stalled again, not only within the EU but globally. The next six months looks like being a period of further instability for the UK economy.

To borrow from the opening of Chancellor George Osborne’s Autumn Statement speech, ‘it’s taking time, but the British economy is healing.’ With a raft of downgraded forecasts from the OBR and the news that the financial crash was deeper than anyone expected, it would seem the road to economic recovery is a longer one than previously forecast. The OBR now estimates UK GDP growth at just 1.2 per cent in 2013 and 2.0 per cent in 2014.

With regards to individual and business spending, economists speculate that higher electricity and gas bills could drive inflation up past the three per cent mark in the coming months. An increase in inflation would be unwelcome for the UK at a time of ongoing austerity measures. With a slow-healing European economy and the US battling its own budget deficit, any optimism shown by businesses heading into 2013 is likely to be quiet and cautious.

Business planning and preparation remains as important as ever. While forecasts for the following metrics will undoubtedly change throughout the first half of 2013, here are some key indicators of our current and future economic performance.

There was little cause for optimism at the start of last year, with the news that unemployment hit a 17-year high in the three months to December 2011. But there was some good news in 2012, when the number of people out of work fell by 82,000 between May- July and August-October – the largest quarterly fall since 2001. The number of people in full-time employment increased by 44,000 while those working part-time hours fell by 4,000.

Figures from the Office for National Statistics (ONS) showed Britain finally emerging from double-dip recession between the second and third quarter of 2012, bolstered by the Jubilee and the Olympic Games. However, despite the 0.9 per cent GDP increase in this period, all output figures from the OBR were revised down for the final quarter of 2012 due to weak net exports, with it downgrading overall growth for 2012 to -0.1 per cent. The OBR said it now expects GDP to grow at a slower rate of 1.2 per cent in 2013 and two per cent in 2014.

Inflation fluctuated throughout 2012, with the consumer price index (CPI) rising sharply to 2.7 per cent in October from a 24-month low of 2.2 per cent in September. The ONS cited the lifted cap on university tuition fees as the main factor, while poor crop yields as a result of wet weather also pushed up food prices. It has remained at this level ever since, significantly above the Bank of England’s own two per cent target. Elsewhere, the ONS also announced that a new additional measure for inflation will be introduced in March 2013. The new CPIH measure will take into account the housing costs of owning, living and maintaining a property. A new retail prices index (RPI) inflation index – known as the RPI-J – will also be introduced in March to address the issues caused by differences in the way RPI and CPI are measured.

The Bank of England’s Monetary Policy Committee (MPC) has continued to vote in favour of keeping the base rate of interest at 0.5 per cent, where it has remained since March 2009. At its November meeting, the MPC decided that cutting the base rate even further would likely affect lenders who are being relied upon to aid economic recovery via loans. The level of QE also remains at the same level – £375 billion to date – while the MPC waits for the effects of the £50 billion issued in July to be ‘fully felt.’ Although increasing inflation may make it less likely that the Bank will continue with its QE programme, the OBR’s December downgrading of forecast economic growth means reaching a decision remains a difficult balancing act.

The Eurozone crisis continues to weigh on the UK economy, with Spain following in the footsteps of Greece, Portugal and Ireland when it received a €39.5 billion bailout in December. The 17-nation Eurozone is in recession and the OBR now expects EU GDP to remain flat for 2013.

The financial turmoil in the EU and US is also beginning to affect other markets and emerging economies – such as China and India – as slow growth causes uncertainty. With the US narrowly avoiding falling off its fiscal cliff at the start of this year, whether plans to stave off a growing budget deficit through tax hikes will bring back confidence remains to be seen.

These are just some of the measures you can take over the next six months to ensure your business is in the best possible position:

Keep on top of your record keeping

It’s important to stay on top of paperwork, not only from a business perspective but for legal reasons too. Avoid building up a backlog by filing invoices and expenses as you go. This will help you meet important tax deadlines – and avoid any late payment fines – and ensure you keep an accurate and up-to-date record, which can help build a picture of your business’s overall performance. We can help with this.

Do some customers continually pay invoices late? Do some suppliers provide exceptional service and always pay on time? Do you encourage payment by bank transfer rather than cheque? Receiving payment on time is essential for good cash flow. Balance your credit by billing early, pursuing late payers and rewarding those who pay on time.

We can help you build an effective business plan, keep on top of record keeping and monitor your cash flow. Contact us to discuss your options.

While it will be tempting to protect your business by battening down the hatches over the next few months, there will be some opportunities to take advantage of.

The Government is keen to open up the monopoly that high-street lenders have enjoyed over the small business finance market. It announced recently that it was channelling £55 million to non-traditional, non-bank lenders as part of the Business Finance Partnership (BFP). A total of £1.2 billion will be available to sole traders and SMEs through the BFP. Elsewhere, a number of the new Business Bank’s functions will begin in the first quarter of 2013, with a view to it becoming fully operational next year. Although full details are still to be announced, the bank is designed to bring the raft of Government finance schemes into a simple ‘one-stop shop’.

Is your business in need of new plant or machinery? As announced in the 2012 Autumn Statement, the Annual Investment Allowance (AIA) has now increased ten-fold from £25,000 to £250,000. Businesses will have two years to take advantage of the increased amount of investment that qualifies for 100 per cent relief under the AIA, which allows tax reliefs on certain asset purchases and investments.

In his 2012 Autumn Statement, Chancellor George Osborne announced plans for a new kind of employment contract known as employee ownership. From April 2013, employees will be able to forfeit some of their employment rights for ownership in the form of shares, free from capital gains tax, in the business they work for. The Government hopes fast-growing companies will offer the contract as an attractive employee incentive that will help to create a more flexible workforce.

We can help you to identify and take advantage of any opportunities to prosper over the coming months. Please contact us to arrange a meeting.

All figures correct at time of publication.