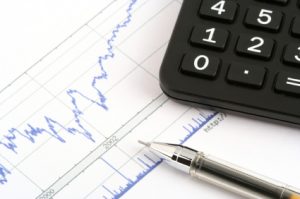 With the economy taking fledgling steps on the road to recovery, Chancellor George Osborne’s 2013 Autumn Statement introduced measures intended to support businesses. Business rate rises will be capped at two per cent and there will be to help revitalise the high street with cuts of up to 50 per cent on rates for businesses moving into empty high street properties.

The UK economy grew 0.7 per cent in Q4 2013, bringing the annual growth rate for 2013 to 1.9 per cent, according to preliminary estimate from the Office for National Statistics (ONS).

This marks the fastest annual rate of growth since 2007 when the economy grew 3.4 per cent, the ONS said.

Output increased in three of the four main industrial sectors in Q4 2013:

Figures from the ONS for September to November 2013 put employment at 30.15 million; up 280,000 from June to August. This means 72.1 per cent of the UK population is currently in work.

Unemployment reached 2.32 million in September to November 2013. This put the unemployment rate at 7.1 per cent, a fall of 0.5 percentage points from June to August.

Inflation
Inflation slowed in the year to October 2013 with the Consumer Prices Index (CPI) growing by 2.2 per cent, a notable reduction from the 2.7 per cent to September 2013. CPI inflation fell again in November to 2.1 per cent, before reaching the Bank of England’s stated target of two per cent in December.

The ONS reported that exports of services reached a record high of £50.8 billion in Q3 2013. In contrast, imports of services in Q3 decreased by £1.1 billion compared with the previous quarter, to £28.6 billion.

Demand for mortgages rose at the fastest pace in six years in Q4 2013, according to the Bank of England.

The Bank also reported a greater availability of mortgages in Q4, particularly for people wishing to borrow a high percentage of the value of their home.

Competitive pricing and interest in the Government’s Help to Buy Scheme have supported this renewed enthusiasm for homeownership.

Protecting your business and business opportunities

These are just some of the measures you can take to protect your business and maximise opportunities that come your way.

The end of the 2013/14 tax year is fast approaching so now is a good time to take advantage of any remaining allowances or reliefs. You should also make sure your tax returns and payments are made on time or you could incur penalties for late payment from HMRC.

It’s never too early to start planning for the next financial year. Get your business plan up-to-date and watertight. Get detailed forecasts for costs, profits and cashflow in place now. If you expect to borrow at some point this year, lenders will need to see that you’ve understood your figures.

Business rates were, for many, the biggest news in the 2013 Autumn Statement. In addition to a business rate cap of two per cent, businesses will be able to pay their rates over 12 months rather than the current 10 month period from April 2014.

There will also be to help revitalise the high street with cuts of up to 50 per cent on rates for businesses moving to empty high street properties.

Are you one of the 360,000 small businesses that could qualify for Small Business Rate Relief? Eligible businesses can benefit from up to 100 per cent rate relief until April 2015, after the Chancellor confirmed a year-long extension to the scheme in the Autumn Statement.

We can help you to identify and take advantage of any opportunities to prosper over the coming months. Please contact us to arrange a meeting.  Get in touch  info@mbmcgrady.co.uk.

All figures are correct at time of going to press, 31 January 2014.