A guide to what to expect if you are the subject of an investigation by HMRC.

Anyone who has experienced the difficulty of trying to get through to the HMRC helpline may think that it is an organisation too large and complex to do anything quickly. 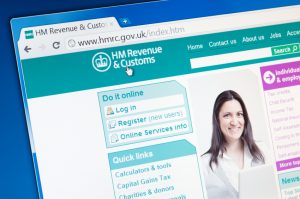 However, while it may seemingly lack the ability to answer phone calls and emails in a timely manner, HMRC is now a force to be reckoned with when it comes to investigating those who they believe may not be paying the right amount of tax.

The reason for this is because HMRC has become far more speedy and proactive than before when dealing with tax evasion. Since 2012 it has introduced new measures to tackle tax evasion including:

According to HMRC, compliance checks are usually triggered when figures entered on a return appear to be wrong or when a very small business suddenly makes a very large claim for VAT, or one with a large turnover declares a very small amount of tax.

However, in our experience, it can also be all or some of the following:

Although less likely than in the past, an investigation can also be triggered entirely at random.

Areas of investigation Most people think of income tax when it comes to an investigation, but HMRC can instigate a compliance check for a wide range of business taxes including:

There are 3 levels of HMRC enquiry:

Full A full enquiry looks at cases where HMRC believes there is significant risk of error in the tax return.

A review of all records will be undertaken. For businesses this may include personal financial records of directors or business owners as well as business records.

HMRC is worried about a particular part (or parts) of your accounts and wants more detail. These are usually straightforward mistakes or misunderstandings rather than deliberate attempts at tax evasion. For example forgetting to include all your savings income on your self-assessment tax return.

Although these types of enquiry may seem less stressful than full investigations, they should still be treated seriously.

If HMRC uncovers anything more serious during an aspect enquiry they may reclassify it as a full enquiry.

HMRC picks a selection of businesses to investigate.

Establishing the type of enquiry

If you receive a letter or phone call from HMRC with a query about anything to do with your tax or VAT, don’t panic but simply ask them to write to your agent – usually your accountant – instead.

The next step is to establish the level of enquiry (full, aspect or random).

Working with your accountant you can then evaluate the seriousness and scope of the request.

The information HMRC will ask for will depend on the nature of the enquiry. At the very least they will expect you to be able to provide the information you used to complete your tax return.

If your records are missing or incomplete, now is the time to try and track down replacement copies from your accountant, bank or building society.

If you know you have made a mistake, let HMRC know as soon as possible.

Once HMRC has the information they need, they can look into what’s happened. Sometimes these are no more than minor discrepancies or unusual figures submitted and can be closed quickly.

For example, you or your accountant know that your drop in income was the result of you being hospitalised for part of the year, but HMRC won’t until you tell them.

However, some cases will need more detailed investigation and HMRC may request further information.

HMRC may ask to meet you face-to-face – usually at your business or accountant’s office. You can ask your accountant or legal adviser to attend these meetings and ask for an agenda in advance.

What happens next depends on what HMRC finds. Common outcomes and solutions include:

The taxpayer will receive it back with interest.

The taxpayer will have to pay any tax owed within 30 days, possibly with interest added.

In serious cases HMRC may escalate fraud as a criminal case if necessary.

You may also have to pay a penalty. The amount will depend on:

The end of an investigation is marked by a decision notice or agreeing a contract settlement.

A decision notice can be a letter telling you what the final position is, a penalty notice or an assessment.

A contract settlement is a legally binding agreement where the taxpayer agrees to pay the money owed and HMRC agrees not to use its powers to recover the money.

5 tips for avoiding an inspection

Although some inspections are random and cannot be prevented, there are ways to make sure you don’t attract the attention of HMRC unnecessarily.

Contact us to find out more about dealing with HMRC investigations.