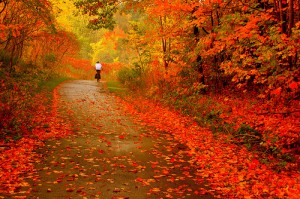 With the celebrations for the summer games coming to an end, our thoughts turn to some aspects of year end planning.  For many businesses this often includes early planning and booking for celebrating the approaching year end and the company party season. But beware as this can lead to a number of problems…

Every year there are warnings to employers about the pitfalls of Christmas parties.  This is not surprising as the following statistics reveal that:

▪  Half of parties end up with colleagues fighting

▪  One in three parties result in incidents of sexual harassment

▪  Three out of four bosses say that a member of staff had threatened to take a case to an employment tribunal following bad behaviour at a Christmas party.

This does not mean that we should ‘cancel’ Christmas, but here are a few important guidelines:

▪Set the party boundaries. Inform staff that a minimum level of good behaviour is expected and remind them that the office grievance and disciplinary procedures apply equally to off-site events.

▪Investigate. Much of the case law in this area has arisen where employers have failed to take complaints seriously. Complaints must be investigated in the same way as you would any other workplace grievance, with follow up disciplinary action if necessary.

▪Step back. If an employee does overstep the mark, then wait until afterwards to have a word in the sober light of day. Though it may be appropriate to send an employee home, don’t be tempted to deal with the matter in detail at the time and particularly not in front of other employees.

▪Managers beware. Avoid discussions about pay and performance, and do not make promises that may come back to bite you.

▪Discrimination pitfalls. If the party is to be outside of work hours bear in mind that it may mean that employees with families cannot attend because of child care. If partners are being invited include civil as well as married partners.

▪Think about your menu. Ask beforehand about dietary requirements. Certain groups will not eat some foods. Also ensure there is a good selection of non-alcoholic drinks available. If you are providing a free bar, keep an eye out for employees drinking excessively.

▪Journey home. You have a duty of care towards employees, so where alcohol is involved take steps to prevent them driving home – it may be worth arranging transport home or at least having local cab numbers available.

▪The morning after. If you are expecting staff to attend work, make it clear in advance what will be tolerated in terms of absence and latecomers together with the consequences of non-attendance.

Many people were inspired by those participating in this summer’s Paralympics. Should the opportunity arise you might wish to employ a disabled person. Below are a few pointers to consider:

This was a case for constructive dismissal that demonstrated that employers may prevent a breach of trust and confidence by making amends for the mistreatment of an employee:

Mr Assamoi, a kitchen worker at a pub company, raised a grievance against his immediate manager following various disputes that had arisen between them. A senior manager realised that Mr Assamoi had been unfairly treated by his immediate manager and upheld his grievance. The senior manager then took steps to rectify the situation, but Mr Assamoi resigned and brought an unfair dismissal claim. The employment tribunal dismissed Mr Assamoi’s claim, but he appealed.

The Employment Appeal Tribunal agreed that Mr Assamoi’s immediate manager had treated him badly. However, it also found that the treatment was not sufficient to amount to a breach of the implied term of mutual trust and confidence. The senior manager had tried to remedy the situation and, thus, had prevented the matter from escalating into a breach of the implied term, which would have justified Mr Assamoi’s resignation and subsequent claim of constructive dismissal.

This ruling shows that if employers investigate employee complaints of mistreatment and take appropriate action, a claim for constructive unfair dismissal can be avoided.

The new National Minimum Wage rates from 1 October 2012, are as follows:

Bringing a claim to an employment tribunal is currently free but costs the public purse £84 million to operate every year. In 2011 the Ministry of Justice (MoJ) proposed charging fees for employment tribunals in an attempt to transfer the cost away from the taxpayer towards those who use the service.

Following consultation the MoJ has decided that fees will be charged for going to an employment tribunal. Not only is this intended to reduce the taxpayer subsidy but also to encourage businesses and workers to go to mediation and resolve workplace disputes in a more timely and cost-effective fashion.

From mid 2013, claimants will be charged a fee starting from £160 for a straightforward case, rising in line with the complexity of the claim to a maximum of £950 for more complex cases.

Following reports that suggest a difference of £10,000 a year between the highest and lowest state pension recipients, pension experts are predicting the Government’s proposals for a flat rate pension will soon come into effect.

From 1 October 2012 millions of people will be automatically enrolled into a workplace pension.

A third of employers don’t know about it, and a third have no interest in it. That’s the judgment on the Government’s Youth Contract employment scheme, launched in April to try and reverse the ever-growing numbers of young unemployed people in the UK.

A survey of 600 employers by the Recruitment and Employment Confederation found four out of five are not involved in the programme, under which incentives are paid to those hiring a young person.

The Youth Contract is supposed to provide nearly half a million new opportunities for 18-24 year-olds, including apprenticeships and voluntary work experience placements, and offers employers a wage incentive of up to £2,275 for hiring a young person.

The Government plans to work with the people that SMEs look to for advice, including lawyers and accountants, to promote apprenticeships to their SME customers. This is intended to enable SMEs to gain their apprentices the training they need by providing better information on availability and investigating how to give them a greater say in developing the skills they require.