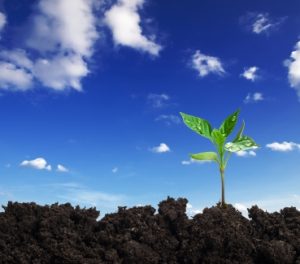 In this update we look at managing an employee’s return to work after a stress-related absence.

Returning to work after stress-related absence

If staff take time off because of work-related stress, getting them back to work as quickly as possible is important. A well-managed early return to work will reduce the risk of the absence lasting longer than one month, after which it is considered long term. In general, people find it more difficult to return to work after a long-term absence.

It is important to:

Keep in mind that the person may find it difficult to talk about these issues. There may also be factors outside work that contributed to the person’s work-related stress. Talking to the employee about these will help identify whether adjustments at work will help. But don’t assume that stress is only caused by factors outside of work.

When the employee feels ready to return to work, a staged return – for example, working part-time hours for the first few weeks – can assist with their smooth return to the workplace.

As stress at work is often linked to specific problems – such as having too much to do in too short a time – it may be helpful to think about practical steps or adjustments that may help the employee when they return:

In a long-running age discrimination case, an employment tribunal has found that a police force’s requirement that its legal advisers have a law degree to be promoted was not justified.

In Homer v Chief Constable of West Yorkshire Police [2012] the Supreme Court held that a requirement that a police force’s legal advisers obtain a law degree before they could be promoted to the highest pay grade could be indirect age discrimination against the claimant, who did not have enough time to complete a degree before he reached the employer’s retirement age.

However, the Supreme Court sent the case back to an employment tribunal to decide whether or not the employer’s provision, criterion or practice (PCP) of requiring a law degree to proceed to the third tier of its career grading structure was justified as a proportionate means of achieving a legitimate aim.

The employment tribunal referred to the evidence of Mr. Hughes, a HR professional with the employer who had over 15 years’ experience in HR. He stated that, based on his reading of the case law and his understanding of how to maintain employee relations, applying a different pay scheme to new starters, compared with existing staff doing the same job, would have been “illogical and fraught with problems”.

The tribunal concluded that Mr. Hughes had overstated the problems that providing a different remuneration scheme to new starters would have caused. Mr. Hughes had “advanced generalisations in an unconvincing manner”. The tribunal pointed out that it is not uncommon in the current economic climate for employers to offer lower wages and different benefits to younger workers, particularly in relation to pensions.

The employment tribunal did not accept the employer’s argument that the aim of recruiting quality candidates by requiring new recruits to have a law degree meant that it was appropriate or reasonably necessary to require existing staff to have a law degree too. The tribunal concluded that requiring legal advisers to hold a law degree would not have affected the employer’s recruitment aim. The tribunal weighed the number of legal advisers affected (just the claimant) against the damage or disappointment that might result to him and found the PCP to be unjustified.

The legal representatives indicated that Mr. Homer’s compensation could largely be agreed between the parties. A remedy hearing would probably not be necessary.

The maximum compensatory award for unfair dismissal has increased from £72,300 to £74,200 where the effective date of termination occurs on or after 1 February 2013.

These new limits apply to any event that gives rise to the award of payment that occurs on or after 1 February 2013.

Employee recognition programmes and why should you have one

An employee recognition programme is defined as:

Communication between management and employees which rewards them for reaching specific goals or producing high quality results in the workplace.

Ironically, it is when times are toughest and high productivity is most important that employee recognition is most likely to be neglected. Christmas parties are cancelled and bonuses are cut as efforts to cut costs increase. But there are a number of low- to no-cost ways to show your appreciation for a job well done, such as: