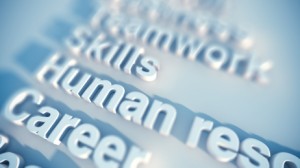 In this update, we focus on employee engagement best practice techniques. We also look at a recent social media bullying and harassment case study.

The take up of apprenticeships is increasing among employers. Here is a checklist of things to consider when employing apprentices:

2.    Can you afford more than minimum wage, particularly if there is a subsidy available        you? Are you paying what the job is worth?

3.    Match the job with one of the apprenticeship frameworks

6.    Identify a member of staff available to you who can mentor the apprentice

7.    Be sure the skills you want the apprentice to gain exist within your organisation and can be passed on through this scheme

8.    Ensure everyone understands you will be releasing your apprentice to study during work time

9.    Establish when and where the training will take place and communicate that to your team

10.  Determine how the apprentices will document their evidence for assessment

11.  Review and update, where necessary, your health and safety, quality and diversity and performance management policies

12.  Get a contract ready. You can use your own employment template with an addendum relating to the terms of the apprenticeship.

With the ever increasing use of social media the case of Teggart v TeleTech, which relates to offensive Facebook comments, gives some insight into possible actions that an employer may take.

Mr Teggart worked for TeleTech UK Ltd, which provides call-centre services for a number of clients. Mr Teggart’s “friends” on Facebook included some work colleagues. While on his computer at home, Mr Teggart posted a message on his Facebook page about A, a female colleague, which suggested that she had had, or had attempted to have, sexual relations with a number of colleagues. A number of people posted comments in response to this message.

Mr Spence, who appears to have known both Mr Teggart and A but was not an employee at TeleTech, emailed the company the comments and suggested that they were “in breach of company policy”. Mr Riddiough, the service delivery manager, spoke to A who said that she was upset, physically distressed and tearful.

At an investigatory meeting, Mr Teggart, who accepted he was the author of the comments on Facebook, was suspended. Mr Teggart was invited to a disciplinary hearing accusing him of gross misconduct on the basis that:

On receiving the disciplinary letter, Mr Teggart commented on Facebook that, while he was not going to apologise to A, his intention was not to upset her but simply to have a bit of fun and that she (A) “seems as if she may have taken it a bit too seriously.”

At the disciplinary hearing, Mr Teggart’s arguments in his defence included that:

The company dismissed Mr Teggart for gross misconduct on the basis that “he [had] made multiple postings on a social media site regarding a fellow employee, one of which made reference to TeleTech”.

The industrial tribunal considered that whilst the tribunal found the company’s investigation and disciplinary process to be flawed, in relation to the harassment of A the tribunal found that the disciplinary panel’s conclusion that Mr Teggart had harassed A was reasonable. Mr Teggart’s unwanted Facebook comments clearly violated A’s dignity and were capable of creating a degrading and humiliating environment. The tribunal also found that harassment can be caused through comments made to others and not to the victim of the harassment.

The industrial tribunal concluded that the company had not violated Mr Teggart’s human rights as he abandoned any right to have his comments treated as private and he could not seek to rely on his rights to respect for his private life.

What’s on the horizon?

The Government’s plan to shift the funding of the employment tribunal service away from the taxpayer and onto the system users will become a reality this summer.

We still do not have a precise date but the Government has confirmed that implementation of the fees structure is scheduled for the end of July this year, subject to the necessary IT systems and administrative processes being in place.

The House of Lords has approved the Government’s plans for employee shareholders. New employee shareholder contracts will be created under which individuals can receive shares from their employer of between £2,000 and £5,000, exempt from capital gains tax, in return for giving up certain employment law rights.

These rights include the right not to be unfairly dismissed (except in health and safety cases, automatically unfair cases or cases where the dismissal is discriminatory under the Equality Act 2010), the right to a statutory redundancy payment and certain statutory rights to request flexible working and time off for training.

The Government has stated its intended implementation date of 1 September 2013.

For further information or advice please contact us at info@mbmcgrady.co.uk .