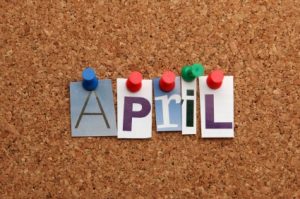 Welcome to your April newsletter. This month, we recap the Chancellor’s Budget and look at the highlight announcements that could affect your business or personal finances. Also, the Deputy Prime Minister outlined plans to give employers greater influence over apprenticeship qualifications and standards; what would this mean in practice? We examine responses to the news that millions of UK adults have left work to care for a family member. And in Your Money news, it was announced that a committee of MPs will look at ways to reduce the number and cost of whiplash insurance claims in the UK. We look at reasons for the inquiry and responses to the announcement.

Chancellor George Osborne introduced Budget 2013 as one for an ‘aspiration nation’; for those who aspire to ‘own their own home, get their first job, or start their own business.’

We can advise you about how the measures contained in Budget 2013 affect your personal or business finances.

Millions of UK adults are leaving employment or reducing working hours to care for an elderly, disabled or seriously ill family member, according to research from Carers UK and business forum Employers for Carers.

Ian Peters, chairman of Employers for Carers, said: “… these findings highlight that much more needs to be done to make supporting colleagues who juggle work and care part of normal workplace practice, and ensure that families can access the advice, support and services they need to enable them to combine work and home life.”

Heléna Herklots, chief executive of Carers UK, said: “… support from employers can only go so far, and families need to be able to access reliable, good quality and affordable care and support services to enable them to juggle work and care. Without urgent action from Government to ensure families can access this support, millions more will see their careers and earnings suffer – with long-term personal costs to families and significant costs to business and the UK economy.”

Employers to design own apprenticeship schemes

Employers will be able to design and develop their own apprenticeship standards and qualifications, Deputy Prime Minister Nick Clegg has announced.

The decision follows last year’s review by entrepreneur Doug Richard, which found apprenticeships should be more focused on the needs of employers in order to encourage take-up, address skill shortages and boost growth.

A recent Chartered Institute of Personnel and Development survey found almost half of parents view apprenticeships as most appropriate for manual or ‘blue-collar’ jobs. Less than a fifth thought that apprenticeships had the same status as a university education.

We can help with employee issues, including PAYE and apprenticeship schemes.

YOUR MONEY
Inquiry into high number and cost of whiplash claims

The House of Commons Transport Committee will look at how the number and cost of whiplash claims in the UK can be reduced. The inquiry follows a December 2012 whitepaper from the Ministry of Justice, which described Britain as the “whiplash capital of the world”.

The whitepaper reported that, between 2006 and 2012, there was a 60 per cent rise in claims for personal injury caused by road traffic accidents despite a 20 per cent fall in the number of reported accidents over the same period.

The Committee’s inquiry will also look to establish:

The Association of British Insurers (ABI) has set out proposals for reducing the number and cost of whiplash claims, which include:

“Our proposals will ensure better medical assessment of whiplash claims, offer a quick, simple way of paying genuine claims; provide certainty for claimants and compensators, and deter fraud that ends up being paid for through higher motor insurance premiums,” said the ABI’s assistant director of motor and liability James Dalton.