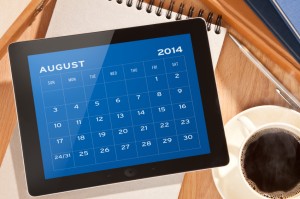 Luck does not play a big role in a firm’s success according to nearly three quarters of small business owners, research by software provider Sage has found. In a survey of more than 1,000 UK small business owners, just 28% of respondents felt that luck had a bearing on their success. Effective planning – particularly for growth and unexpected emergencies – was seen as a top priority for business owners. Other findings from the study include:

Claire Carter, head of Sage’s online payroll software Sage One, said: “With growth comes opportunity, but you have to be ready to take advantage of it. Luck will only take you so far. But if you have a good understanding of your firm’s finances and operations you can act decisively with confidence and turn a situation into a lucky one.” Contact us to discuss your business planning or payroll concerns.

IT and digital support for SMEs

SMEs can now apply for IT and digital support worth up to £2,000, after the UK IT Association (UKITA) joined the government’s Growth Voucher programme. The programme aims to boost SME growth by subsidising the cost of specialist business support. Businesses must match the amount of any funding awarded and can then claim 50% cash back using their Growth Vouchers. Businesses are eligible for the programme if they have:

Around 20,000 businesses will be eligible for funding under the scheme, which runs until March 2015. The support available from UKITA members applies to the following types of IT and digital advice:

Helen Brewster, chair of UKITA, said: “We are delighted to see that with the innovative Growth Vouchers programme, the government is confirming our view of the vital role that IT and digital now plays in the competitive success of almost every business, whether large or small.” Phil Oakley, head of UKITA’s IT and digital advisers’ national group, said: “The timing of the new voucher scheme is excellent because we are in the process of developing a national network of UKITA members who can provide help and guidance to businesses operating under the UKITA code of practice.” Contact us for help accessing government support schemes for businesses.

More than half (53%) of people are now saving adequately for retirement, according to a survey by Scottish Widows. This is an 8% increase compared with 2013 and is the highest level since 2009. It is also the biggest ever year-on-year increase. Scottish Widows defines adequate saving as 12% of income or expecting your main retirement income to come from a defined benefits pension. The report reveals that the monthly amount people are saving outside a pension has risen from £54 in 2006 to £130 in 2014 – an increase of 141% over the last 8 years. The total amount people have in savings and investments averages £40,000 per person, the highest ever amount. Key findings:

Ian Naismith, pensions expert at Scottish Widows, said: “It is heartening to see that finally people are starting to sit up and take notice of the importance of planning for the future – whether this be through proactively upping their contributions due to a more favourable economic climate, or starting to make plans for their retirement for the first time thanks to auto enrolment.”

Free retirement guidance should be independent

There is widespread support for government proposals to provide free retirement guidance but more than half of over-55s think it should come from an independent, consumer body. Chancellor George Osborne announced plans at the 2014 Budget to guarantee all retirees with a defined contribution pension “free, impartial, face-to-face advice”. Retirement ‘advice’, which is regulated, was quickly replaced with ‘guidance’, which may be unregulated, subject to the final rules. A survey by LV= found that 80% of respondents supported the proposals, due to take effect from April 2015. However, the responses revealed a lack of faith in pension providers to give impartial, trustworthy guidance. The survey of more than 2,000 people aged over 55 found:

The group chief executive of Friends Life, Andy Briggs, has called for the guidance to be delivered by an “independent central utility demonstrating true impartiality for the consumer.” Managing director of LV= Life and Pensions, Richard Rowney, said the research findings: “…support the widely held view that, for the guidance to be a success, those approaching retirement need to have trust in the process and the organisation offering the service. It is clear from our research that, in order for this to be achieved, the sessions should be provided by an independent body.” In May, the Treasury’s director general of financial services Charles Roxburgh said the government was working out what the guidance would look like and how it would be delivered. He said: “If we have to do it all face-to-face then there is a huge supply problem. It is not easy and we recognise that something may have to give in order to make the equation work. “Because it is not advice I do think it is more susceptible to technology-based tools. We have a lot of guidance to deliver so we need flexibility about how it is to be delivered.” Contact us to discuss your retirement planning and income options.