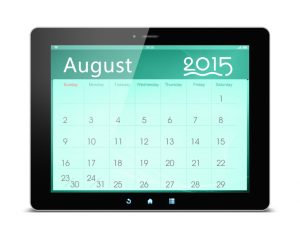 A plan to improve the productivity of UK businesses has been published by the Treasury.

The policy document identifies 2 key areas to stimulating productivity in the UK: long-term investment and a dynamic economy.

Among the measures included in the strategy are:

Recent data from Office for National Statistics showed that labour productivity measured by output per hour increased 0.3% in Q1 2015 year-on-year, the fastest annual growth since Q1 2012.

However, hourly economic output continues to lag behind pre-recession levels and has not risen above its post-crisis peak in Q3 2011.

John Cridland, director general of the Confederation of British Industry, said the “ambitious” plan would “help our economy move up another gear”.

However, Ben Willmott, head of public policy at the Chartered Institute of Personnel and Development, said that the measures “only scratched the surface”:

“We have a high proportion of people in low-skilled and low-paid jobs by international standards and an equally high degree of over-qualification with too many employees unable to use the skills they have because of poor leadership and people management, inadequate work organisation and poor job design.”

While it’s essential that government takes measures to improve the productivity of the economy as a whole, there are several ways business owners can improve the efficiency of their company:

Talk to us about improving the efficiency of your business.

Family businesses are being unfairly penalised by changes to entrepreneurs’ relief (ER), according to the Institute of Chartered Accountants in England and Wales (ICAEW) Tax Faculty.

The amendments, passed into law through the 2015 Finance Act, prevent retiring partners from claiming ER if they are associated with people in the purchasing business.

Likewise sole traders are unable to claim ER if they dispose of their business to an associated person or company.

The measures were designed to prevent business owners from unfairly claiming ER by disposing of business assets while retaining ownership.

In a letter sent to HMRC, the ICAEW Tax Faculty argues that the new rules have had a negative impact on normal business transfer arrangements such as during succession planning among family businesses.

In a father-son partnership, for example, a retiring father passing the business to his son would not be able to claim ER on the disposal because his son is associated with the company – despite engaging in a genuine transfer arrangement.

Passing on businesses to other family partners in this manner is common among family enterprises. However, the new rules fail to differentiate between genuine transfer arrangements and those designed to unfairly extract money from the business at a discount capital gains tax (CGT) rate.

The faculty wrote in its letter:

“We can see no policy reason for such restrictions on a genuine retirement.

“It was clear from the December 2014 announcements that the target was tax advantaged corporations with no real change in economic ownership. Instead, this restriction merely prevents a business transfer arrangement which is a common means of continuing a family business.”

You are entitled to a reduced 10% capital gains tax rate upon disposal of your business (instead of 28%/18%) if you qualify for ER.

In order to qualify for the relief you must:

ER is only available on certain qualifying assets. These include:

Contact us to discuss how the changes could affect your succession planning.

Small firms gear up for auto-enrolment

Small businesses employing 40-49 workers will begin complying with their auto-enrolment duties from 1 August.

The dates when businesses begin complying with auto-enrolment are known as staging dates. From this date employers are required to have enrolled employees onto a workplace pension scheme, written to staff members and signed the declaration of compliance.

The staging dates over the next 3 months are as follows:

The staging process for small and micro firms will last until April 2017. For businesses employing less than 30 employees, staging dates will depend on the last 2 characters of employers’ PAYE reference number.

Figures from the Pensions Regulator show that around 769,000 small and micro businesses will pass their staging dates by April 2017.

John Allan, national chairman of the Federation of Small Businesses, said that auto-enrolment will present “major challenges” for small businesses:

“Awareness of the impending changes has picked up, but many have still yet to put into place plans to meet their duties.”

We can help you prepare for auto-enrolment.