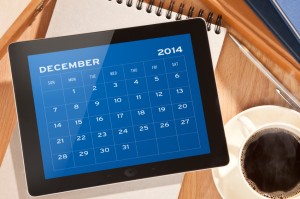 More than a third of economic growth in 2013 was created by high growth small businesses (HGSBs), a report by Octopus Investments and the Centre for Economics and Business Research (Cebr) has found.

HGSBs are firms that have recorded annual turnover of £1-20 million and an average annual growth of more than 20% over 3 years.

The report also made several policy recommendations to help HGSBs realise their full potential. These include:

“The contribution of HGSBs to UK economic and employment growth is staggering – much higher than a first glance at their small size would suggest.”

“This report shows just how vital these companies are to our economy – they are not just the lifeblood but the lifeline to our economic growth and recovery.”

Talk to us about your business growth strategy.

More than 850,000 businesses have benefited from the Employment Allowance in the scheme’s first 6 months, official figures have revealed.

The Employment Allowance reduces the national insurance contributions (NICs) bill for eligible employers, who can claim a class 1 secondary NICs reduction of up to £2,000 through their payroll software.

A recent survey by the Federation of Small Businesses (FSB) found that many firms have used the money saved via the Employment Allowance for capital investment:

“We’re really pleased to see so many businesses already taking advantage of the Employment Allowance.

“Our members have used the Allowance by paying workers more, hiring new people and increasing training. It’s also good to see a quarter of those that used the allowance to hire new staff took on an apprentice.”

We can advise on claiming the Employment Allowance.

Thousands of businesses are facing additional costs after a tribunal ruled that overtime should be included in holiday pay calculations.

The Employment Appeal Tribunal (EAT) ruled that employers must factor in overtime when calculating holiday pay, instead of only taking basic pay into account.

The tribunal also said that employees could make backdated claims if it has been less than 3 months since their last holiday.

Following the decision, the government announced that it had set up a taskforce to examine the potential impact on businesses. Business Secretary Vince Cable said the government would “review the judgment in detail as a matter of urgency”.

John Cridland, director general of the Confederation of British Industry, warned that the ruling could result in job losses:

“This is a real blow to UK businesses now facing the prospect of punitive costs potentially running into billions of pounds – and not all will survive.”

Adam Marshall, at the British Chambers of Commerce, said that backdated claims could pose the biggest problem for businesses:

“What businesses fear most is that these judgments will open the door to backdated claims, which could run into many millions. Firms which have complied with existing regulations are shocked by the thought of having to back-pay holiday entitlements – a change they could not have predicted.”

Your Money: Saving up among financially secure

The number of households who say they are financially stable has increased by 7% in the year to October 2014, a survey by Legal & General has found.

“Firstly, almost 1 and a half million more homes say they now have some money left over after paying bills and debts. The second indicator is an increase in the amount saved on average each month, suggesting that more families who have money left over are putting money into savings.

“We hope the improved strength of household finances will eventually mean that more people will be able to return to saving for the long term.”

Get in touch to discuss your savings plan.