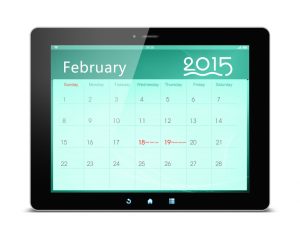 The Consumer Prices Index (CPI) rate of inflation fell sharply to 0.5% in the year to December 2014, from 1% in November 2014, official figures show.

This is the joint lowest CPI rate on record and the lowest since May 2000.

The Office for National Statistics said the low inflation was driven by falling food and fuel prices.

The Bank of England governor Mark Carney will now have to write a letter of explanation to George Osborne. The governor must write to the chancellor whenever inflation falls more than 1 percentage point below the target rate.

CPI inflation is now 1.5% below the Bank of England’s 2% target rate.

Business leaders broadly welcomed the news despite some analysts warning about the possibility of entering deflation in the months ahead.

James Sproule, chief economist at the Institute of Directors, said it was “good news for the vast majority of businesses and households”.

David Kern, chief economist at the British Chambers of Commerce, said that concerns over falling inflation were “grossly exaggerated”:

“These figures show that inflation in the services sector – which accounts for some 80% of the UK economy – remains persistently above 2%.

“The main factor which counts for the low level of goods inflation, the fall in energy and goods prices, is positive as it boosts consumers’ disposable income and makes it easier for businesses to devote resources to investment.”

We can help you manage your finances. Contact us to discuss your situation.

Employers could gain the power to control funding for apprenticeship training, the Department for Business, Innovation and Skills (BIS) has announced.

The plan is designed to help firms choose the training that suits the skills their business needs.

The government outlined the plans in response to a consultation on the future of apprenticeships. The document states that giving employers the power to control apprenticeship funding is a “non-negotiable” part of the government’s reforms.

However, BIS concluded that more research needs to be done into how this funding mechanism would work in practice.

Neil Carberry, director for employment and skills at the Confederation of British Industry, described the decision as a “positive step” but said that more clarity was needed.

“By making schemes employer-led they will be more likely to attract small and micro businesses, which may not have had an apprentice before. But, this will only work if these businesses feel they have adequate support to do so.”

Businesses can apply for government funding if they provide apprentices with formal study as well as being an employer.

The amount available depends on the age of the apprentice:

Small businesses can get an apprenticeship grant worth £1,500 for up to 5 apprentices. Businesses are eligible if:

Small businesses could struggle to comply with an increase in auto-enrolment pension contributions, according to a report by the Association of Consulting Actuaries (ACA).

The ACA is concerned that small firms will struggle to deal with the short period of time between auto-enrolling their employees in 2015 and 2016 and the minimum contribution increases in 2017 and 2018.

The research also warned that employees may not be able to withstand the increases due to low earnings in the small business sector.

The minimum auto-enrolment contributions are scheduled to rise in October 2017 and October 2018.

The survey of small and medium-sized employers found that:

In light of the survey findings, the ACA has called on the next government to launch a review of current auto-enrolment policy after the general election in May.

“In the near-term government may need to be pragmatic and consider some targeted financial incentives to help deliver the desired policy outcome of wider and deeper pension coverage in smaller firms.”

We can help you prepare for auto-enrolment. Talk to us today.

Expected retirement incomes among 2015 retirees have hit a 6-year high, according to research by Prudential.

Despite optimism increasing in 2015, expected incomes are still significantly lower than during the start of the financial crisis:

“It is encouraging that as economic confidence returns, our research continues to show a welcome upward trend in expected retirement incomes since the low point 2 years ago.

“This is only the third time since we started researching retiree attitudes back in 2008 that we have income expectations rise.”

Talk to us about your retirement plans.