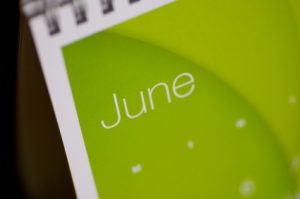 Welcome to your June newsletter. This month, we take a look at the proposed legislation announced in the Queen’s Speech and consider how businesses are likely to be affected. We touch upon the relaxation of employee share buy-back rules for businesses, intended to encourage take up of the employee-ownership model. We also talk technology and ask if your business needs a more modern approach to the way it operates. And in Your Money, we discuss interest-only mortgages after research warned that some borrowers may be unable to fully repay their loans.

The Government’s plans for the new parliamentary session were outlined last month in the Queen’s Speech. Proposals of interest to businesses included those around national insurance contributions, patents and deregulation:

Employment allowance: under the National Insurance Contributions Bill, businesses and charities will be entitled to a £2,000 allowance towards their employer national insurance contributions (NICs) costs. The same bill will also prevent businesses from using offshore companies to avoid paying NICs

Patents: the Intellectual Property Bill will streamline patent and design protection laws, allowing a single patent application to be valid in almost all EU countries and introduce criminal penalties for those who breach design rules

Water suppliers: Businesses, charities and public-sector customers will be able to switch their water supplier under the Water Bill in order to increase competition

Consumer rights: Under the Draft Consumer Rights Bill, Trading Standards will be given new powers to order traders to pay compensation when a consumer law is breached

Deregulation: The Draft Deregulation Bill will continue to reduce red-tape for businesses, including minimising health-and-safety regulations.

Talk to us if you think you or your business may be affected be any of the new Bills.

Evidence suggests that employee-owned businesses – those in which members of staff own a stake (often in the form of shares) in the business – are likely to show increased productivity and, as a result, increased profitability compared with those that do not.

According to research conducted by the Cass Business School in 2010, employee-owned businesses (EoBs):

To promote the benefits and encourage take-up of the employee-ownership model, the Government is simplifying the rules for businesses wishing to buy back employee-owned shares when employees leave the business.

These changes to the Companies Act 2006 came into force on 30 April 2013 and aim to reduce the regulatory burden of share buy-back on businesses. The new rules will allow:

Employment relations and consumer minister Jo Swinson said that hundreds of businesses stand to benefit from the reforms.

Have you considered employee-share schemes as a way to incentivise employees and boost your business? Talk to us to find out more.

Is lack of technology holding your business back?

Research from the Federation of Small Businesses (FSB) has revealed that small businesses are spending an average of £3,500 a year on technology in a bid to grow and create jobs.

a quarter said that greater skill levels and training would provide the incentive to spend even more on technology.

The FSB survey suggested that additional technology skills could help derive greater productivity from staff and that investment ‘didn’t have to break the bank to see rewards.’

Elsewhere, the report found that:

The FSB called it a ‘missed opportunity’, particularly as websites can be relatively cheap to set up and because small businesses are often unable to compete with larger ones in terms of advertising budgets. Mike Cherry, national policy chairman at the FSB, said: “What is obvious is that the amount invested doesn’t need to break the bank, and that something as simple as improving the back office technology can have a positive impact on operations.”

Are you making the most of technology in your business? We could help.

Interest-only mortgages were popular during the housing booms of the early nineties and ‘noughties’. Typically, borrowers make monthly repayments that cover only the interest on the amount borrowed. The capital (the full amount borrowed) is then paid back when the mortgage term matures – typically after 25 years – using funds such as savings or inheritance, usually with the hope that the property will have increased in value.

However, a recent report by the Financial Conduct Authority (FCA) warned that some borrowers with interest-only mortgages that are due to mature within the next seven years may be unable to fully repay their loan.

Key figures from the FCA report:

Whilst some are prepared for the shortfall, the FCA believes the number affected and the amount owed will be much higher than many anticipate. Of those surveyed, a shortfall would most likely be paid through savings (21 per cent), by downsizing their home (19 per cent) or by re-mortgaging (15 per cent).

The FCA will now ensure lenders first contact all borrowers who are due to repay their mortgages in the next seven years, prompting them to re-check their repayment plans and to consider the options available to them.

Martin Wheatley, chief executive of the FCA, said: “My advice to borrowers is to not bury your head in the sand – take action now. Understand the terms of your mortgage agreement and take control; work out if you can repay the outstanding amount when your mortgage matures. But you must engage with your lender to discuss how you propose to repay the outstanding loan.”

We can advise on mortgage repayments and help set up repayment strategies.