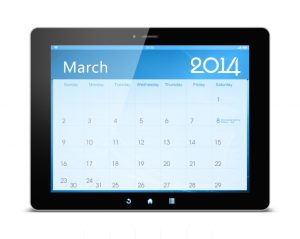 Welcome to your March newsletter. In this issue, we look at how a skills shortage might hamper growth. We examine the rise in online sales and how smartphones are affecting in-store shopper behaviour. Business groups have called for a reform of the Prompt Payment Code; we explore the details. And in Your Money news we look at options for delaying your state pension.

A growing shortage of skills “may constrain economic growth”, research from the UK Commission for Employment and Skills (UKCES) has suggested.

Neil Carberry, director for employment and skills at the Confederation of British Industry, said:

“The flip side of faster growth is an escalating skills crisis. While this isn’t surprising, it makes it all the more urgent to close the skills gaps in science, technology, engineering and maths to support the recovery.

“We must expand access to high quality apprenticeships and other ‘learn while you earn’ schemes and ensure that these meet the need of both businesses and employees.”

The findings came as the British Chambers of Commerce (BCC) called on the Government to address the “skills mismatch” it says many employers are facing. In its Skills and Employment Manifesto, the BCC called for:

“Government, schools, colleges and employers must all work together in the coming months and years to ensure that the UK has a workforce that is fit for purpose,” said Norah Senior, president of the BCC.

“Failure to do so risks consigning generation after generation to a less prosperous future.”

Business groups have called for reform of the Prompt Payment Code (PPC) after data showed that more than half of Federation of Small Businesses (FSB) members were not paid by the agreed date.

The PPC is a Government-backed scheme to encourage businesses to pay their suppliers on time and within clearly defined terms.

The FSB wants the Government to strengthen the PPC to make it simpler for firms to take action over late payments. It also wants to see a culture change among large private sector businesses that repeatedly pay late.

The survey of 8,000 FSB members found that 51 per cent of those providing goods and services to large businesses were paid late during 2013.

“As the economy gets stronger we must do everything we can [to] help businesses and late payment is an issue the Government and large businesses must tackle. Small businesses simply can’t be expected to lend interest free to their large customers, which is in effect what extended payment terms and late payments results in.”

Matthew Fell, director of competitive markets at the Confederation of British Industry (CBI), joined the FSB in calling for reform:

“It’s unacceptable that many firms are being held back from growing and creating jobs because they are owed thousands of pounds.”

The CBI has published a list of recommendations to reform the PPC:

Online retailers have reported their strongest January sales of non-food products since 2009, according to the British Retail Consortium (BRC).

Online sales of non-food products increased by 19.2 per cent in January 2014, compared with January 2013.

Helen Dickinson, director general at the BRC, said the sales figures “showed the continuing growth of online and its increasing importance as part of the retail mix in the UK.”

The figures follow research from IMRG, the UK’s industry association for online retail, which showed how consumer behaviours are changing in an increasingly digital – and mobile – retail environment.

“It is clear that mobile has a key part to play in the multichannel retail environment. With the growth in sales via smartphones continuing into triple digits percentage-wise, the increasing power of m-retail should not be ignored.”

One in four not ready to retire

One in four people planning to retire this year don’t feel ready to stop working, Prudential has found.

The Class of 2014 study tracked the aspirations of people who plan to retire and found a changing attitude towards retirement:

Stan Russell, a retirement income expert at Prudential, said: “For many people retirement is now a gradual process rather than a watershed where you simply stop working one day and become retired the next, and that is reflected in the change in attitudes shown by our research.”

Choosing to put off claiming your state pension allows you to do one of two things:

Extra state pension is taxable and could affect means-tested benefits. However, the flat rate single-tier system planned for 2016 onwards would replace the current means-tested top-ups.

Deferring your state pension for at least 12 months in a row allows you to opt for lump sum payment.

Lump sums are taxed at the highest rate that applies to your other taxable income.