Pension freedom barriers to be removed

The government has introduced a range of measures aimed at removing barriers that may be stopping people from being able to access their pensions.

In January, the Chancellor announced that he would be giving the Financial Conduct Authority (FCA) the duty to cap excessive early exit charges. FCA data shows that around 16% of customers in contract-based schemes who are able to access their pension could face an early exit charge.

Other measures outlined are: 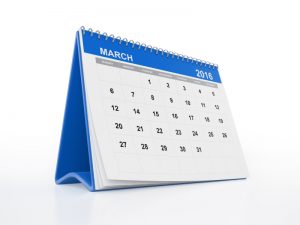 Further research by the FCA found that the average transfer time for a FCA regulated contract-based scheme is 16 days. Data form The Pension Regulator shows that transfers for trust-based schemes typically take around 39 days.

“We’re determined that people who’ve done the right thing and saved responsibly are able to access their pensions fairly.”

“No consumers should have to pay excessive early exit fees, regardless of the type of scheme that they are in.”

The government’s productivity plan has been described as a “vague collection of existing policies” by the Business, Innovation and Skills (BIS)Committee.

The committee has questioned whether the plan has enough focus and said that results will not be guaranteed in areas such as skills and education.

Plans to increase apprenticeships to 3 million by 2020 were also criticised. The committee said the plan lacked detail on protection, consultation and training for both apprentices and businesses.

“A strategy is only good if it results in real-world outcomes, and the government’s productivity plan is no exception.

“The BIS Committee is right to press for a clearer timetable to address the deep-rooted structural problems that hold our economy back. Skills shortages, infrastructure bottlenecks and limited growth finance have long constrained investment and dampened productivity.”

The government has outlined 15 core strategies that will aim to improve productivity, including:

The number of people choosing to become self-employed has continued to grow, making up 15% of the total workforce.

Now numbering a record 4.6 million, the self-employed population has increased by 80,000 since 2008.

The analysis by the Department of Business, Innovation and Skills also shows that becoming self-employed is proving increasingly attractive to older people. 43% of self-employed people are aged 50 and over while 11% are under 30.

A third of the self-employed population are women, amounting to 1.49 million people. Since 2009 women have decided to become self-employed at a faster rate than men.

However, Mike Cherry, policy director at the Federation of Small Businesses pointed out there is a disparity in the support available to employed and self-employed people:

“For too long the self-employed have been frozen out of getting fair access to mortgages, insurance products and pensions.”

The need for flexibility

The Self-Employed and Freelancer Association (IPSE) has called for increased flexibility with regards to loans and insurance products to provide further support for self-employed people.

Simon McVicker, director of policy at the IPSE, said:

“Our research has shown that over a third (38%) of freelancers who are thinking of taking out a mortgage are concerned they won’t be able to.

“Mortgage providers should seize the opportunity the self-employed present by developing bespoke products. This will allow the self-employed to have the same level of choice and access to mortgages as any other group.”

“Real test” for auto-enrolment ahead

Auto-enrolment has been a success for larger employers, but the “real test” lied ahead as smaller employers begin to enrol their employees, a report by the Public Accounts Committee has concluded.

1.8 million smaller employers will soon begin the process, but the committee notes that The Pensions Regulator does not yet have access to the real-time information needed to ensure a smooth roll-out.

The committee expressed concerns about the administrative burden being placed on smaller companies with fewer resources. They recommend further simplifying the auto-enrolment process further.

The Department of Work and Pensions is conducting its own review of this issue, which should report in 12 months.

We can help you prepare for auto-enrolment.