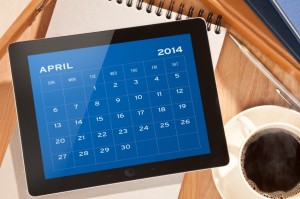 Welcome to your April newsletter. In this issue, the news that the minimum wage will increase by an above-inflation three per cent later this year. We examine proposals for greater protection for small businesses when purchasing utilities. Mortgage lenders have forecast the early end of Help to Buy; we explore the reasons behind this prediction. And, in Your Money news, we look at the importance of checking your credit rating.

The national minimum wage (NMW) for adults will rise by 19p an hour to £6.50 on 1 October 2014, the Business Secretary Vince Cable has announced.

The Government has agreed to follow the three per cent rise proposed by the Low Pay Commission last month. This will be the first time in six years that the NMW has increased above the rate of inflation.

“The recommendations I have accepted mean that low-paid workers will enjoy the biggest cash increase in their take-home pay since 2008,” said Mr Cable.

Other NMW rates will increase by two per cent from 1 October 2014:

Katja Hall, chief policy director at the Confederation of British Industry, said the decision was a “sensible one and will not put jobs at risk.”

Dr Adam Marshall, executive director of policy and external affairs at the British Chambers of Commerce, said he was pleased that the Government has accepted the “evidence-based approach […] rather than succumb to politically attractive alternatives.”

Small and micro businesses need the same level of protection as consumers when buying utilities, according to the Federation of Small Businesses (FSB).

The FSB argues that many small businesses are disadvantaged when choosing energy or water providers as they lack the resources and negotiating power of larger firms.

The FSB is asking the Government to give the energy regulator powers to:

“Small, and especially micro, firms don’t have the same capacity to make buying decisions in the way large businesses do. They have much more in common with domestic consumers and we believe it makes sense for the level of consumer protection afforded to micro and small firms to reflect that.”

Amelia Fletcher, at the Economic and Social Research Council, said:

“Existing consumer law assumes that firms are broadly able to look after their own interests when making purchases. This may be true of larger firms, but many smaller firms are relatively unsophisticated as purchasers, and no better able to protect themselves than individual consumers are.”

Almost half of mortgage lenders (46 per cent) think the mortgage guarantee part of the Government’s Help to Buy Scheme will be withdrawn ahead of schedule, a survey by the Intermediary Mortgage Lenders Association (IMLA) has found.

Lenders identified the greatest threats to the success of the scheme as:

“These findings throw the spotlight on crucial policy decisions that must be thought through to safeguard the recovery in mortgage lending and house building.

“Whether or not the scheme runs its full course is less important than making sure we have a self-sustaining market in place going forward. The evidence suggests that we have an entrenched mortgage market recovery which can survive its withdrawal.”

A separate study by the Royal Institution of Chartered Surveyors (RICS) revealed that in February 2014, buyers increased at their slowest rate since March 2013.

RICS attributed this slowdown to the initial surge in demand, which was driven by a more accessible housing market, levelling off.

Simon Rubinsohn, chief economist at RICS, said that the real issue affecting the housing market is the lack of new homes:

“Supply is simply not enough to satisfy demand. As a result, prices are likely to continue to move higher making it ever harder for people to take an initial step onto the property ladder.”

Two thirds of UK adults have not checked their credit report in the last five years, according to a survey by the Money Advice Service.

The research shows that:

It costs £2 to obtain your Statutory Credit Report from a credit agency. The report will contain information covering the last six years, including:

If you find any mistakes on your credit report, contact the credit agency to correct it. You can ask for a note to be placed on your file while the errors are being rectified.

In February, James Jones, head of consumer affairs at the credit information agency Experian, said it was “important that existing or potential borrowers take steps to dealing with mistakes because not doing so could stop them getting the credit they deserve.”