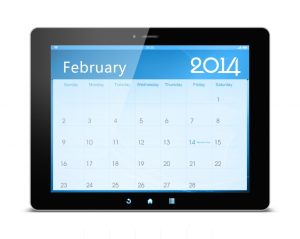 Welcome to your February newsletter. In this issue, we look at how businesses feel going into 2014. We consider Pensions Minister Steve Webb’s controversial plans for annuity reform. HMRC has revealed its forecast for how much the Employment Allowance will save employers when it comes into effect in April 2014; we examine the details. And in Your Money news, we explore what recent and upcoming changes to energy tariffs mean for you.

After a positive end to 2013, research has revealed that UK businesses are optimistic at the start of 2014. However, despite this increased confidence, business leaders remain realistic about the challenges ahead.

Almost nine out of 10 members of the Institute of Directors (IoD) expect UK GDP growth to be higher in 2014, according to a survey.

“It is the broadening of the base of the recovery that is going to be the best guarantor of continued economic expansion. In line with this desire for a more widely based recovery, the Government is clearly eager for business to start spending its accumulated reserves.”

The benefits associated with higher employment were echoed by Mark Beatson, chief economist at the CIPD. However, he warned that 2014 needs to be a year of productivity if wages are to rise faster than prices on a sustainable basis:

“Employment growth looks set to continue at an impressive rate over the year to come. However, the downside is that UK productivity has yet to improve and remains below its pre-recession level.”

Skills and training were a common theme throughout the New Year messages from the Confederation of British Industry and the Federation of Small Businesses. The leaders of both organisations agreed that a better skilled workforce is essential if businesses are to turn economic recovery into growth this year.

Elsewhere, the UK’s manufacturing and services sectors go into 2014 with a positive outlook, according to a survey by the British Chambers of Commerce. The survey of nearly 8,000 businesses found that most major Q4 2013 business health indicators were higher than pre-recession levels in 2007.

Pensioners should be allowed to switch to better annuities and escape poor-value schemes, Pensions Minister Steve Webb has suggested.

In an interview with the Sunday Telegraph, Mr Webb said that pensioners should be able to change annuities in the same way homeowners can change their mortgage deals. The proposal would prevent retirees becoming trapped in poor-value schemes, as they can do under the current system – described by Mr Webb as a “lottery”.

“When you take out a mortgage, in a few years if rates change you can switch your mortgage,” Mr Webb said. “But when you take out an annuity, that’s it – for life. This could easily be for a quarter of a century.

“Why shouldn’t you be able to change your annuity provider so a few years later somebody else could offer you a bigger pension?”

Mr Webb’s comments have been met with criticism from many in the pension industry.

Huw Evans, director of policy at the Association of British Insurers, said:

“The industry has already launched a review – A New Retirement – to explore changes that could be made to help people get good outcomes in retirement, including how to balance security and flexibility. Whatever the decision people make it is a crucial one and they need help to get it right.

“The Minister acknowledges that the changes he is proposing could have a ‘massive’ impact on the way the market operates. Some of these changes could be negative and some positive but it is important that they are well thought through. The industry is keen to contribute fully to the thinking on how we can make the retirement income system work better for savers.”

Other reforms Mr Webb is considering include:

In the run up to the introduction of the Employment Allowance – which will reduce every employer’s national insurance bill by £2,000 – HMRC has released new figures about how much the scheme could save UK businesses and charities.

The Government estimates that the tax cut will mean employers are nearly £5.5 billion better off per year by the end of Parliament in 2015. This is the equivalent of £200 per employee.

Visiting small businesses to mark the countdown to the introduction of the Employment Allowance, Chancellor George Osborne said:

“Small businesses make a vital contribution to our economy, creating jobs and stimulating growth. The ones I have visited today want to expand, take on new staff and make new investments so the actions we have taken to cut the jobs tax will be a real boost to them.

“Effectively providing cashback on jobs, the Employment Allowance will help these businesses achieve their goals and help the UK succeed in the global race.”

The energy regulator, Ofgem, has banned energy companies from using confusing and complex tariffs. The new rules came into effect on 2 January 2014 and should make it easier for consumers to compare suppliers and choose the best deal. A second wave of rule changes is due to come into effect on 1 April 2014.

Changes already in place include:

Richard Lloyd, executive director at Which?, welcomed the move but said more was needed:

“Ofgem’s energy market reforms are a welcome step in the right direction but they just do not go far enough to boost competition and help consumers find the cheapest deals at a time when millions are struggling with the cost of living.

“This is why the Government should intervene with more radical measures including simpler pricing, greater transparency and scrutiny of the cost of energy policies, and the separation of supply from generation businesses. More must be done to keep prices in check and give consumers confidence that the price they pay for their energy is fair.”

Get in touch for more information info@mbmcgrady.co.uk.