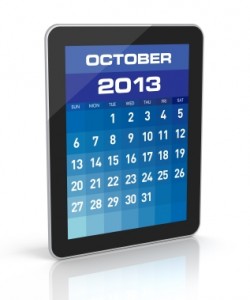 Welcome to your Insider newsletter. This month, we look at guidance from small business and banking bodies on ways to make the bank manager say ‘yes’ to your business loan application. Financial reporting rules for the UK’s 1.5 million micro-businesses were relaxed last month; we look at what this means in practice. In Your Money news, we find that ex-gratia payments of £5,000 to certain Equitable Life policyholders – announced by the Chancellor in this year’s Budget – have been brought forward to this tax year. And, finally, we look at cross-Government efforts to tackle ‘pension-liberation’ fraud.

New guidance for businesses on securing bank finance has been released by two leading membership organisations from the business and banking sectors.

The top five tips are:

The FSB and the BBA urged more businesses to consider using the independent appeals process – agreed by the main high street banks – when a loan application is refused.

“The bank will base their decision on the information supplied to them, so making sure that it is robust is vital. We know that banks turn an application down because they don’t think the business will be able to repay it or because the business hasn’t properly demonstrated how they can repay it.”

The guidance follows the news that lending under the Government’s flagship Funding for Lending Scheme (FLS) increased by £1.6 billion in the second quarter of this year. However, while lending to individuals – mostly via mortgages – increased slightly, FLS borrowing by large businesses ‘remained weak’ and lending to SMEs fell.

John Allan said FSB members were still struggling to secure bank finance and he said it was important that more banks made the ‘cheaper finance [under the FLS] available to more small businesses.’

The UK’s 1.5 million micro businesses will now be able to prepare and publish much-reduced financial statements, as the Government’s drive to reduce the red-tape burden on businesses continues. A micro business has:

Despite their smaller size, micro businesses have been subject to the same financial reporting rules as other small companies. However, they will now be able to draw up an abridged balance sheet and profit and loss account and will continue to be exempt from the requirement to file the profit and loss account with Companies House.

The changes follow a consultation period and will apply to:

“Thriving micro-businesses are a vital ingredient for a stronger economy. However, because of their size they don’t always have dedicated finance teams behind them. We therefore need to make sure that they can focus on growing their business – rather than completing unnecessarily detailed paperwork.”

It was announced in this year’s Budget that people who bought a with-profits annuity from the Equitable Life Assurance Society before September 1992 – and were aged 60 or older on 20 March 2013 – would receive an ex-gratia payment of £5,000. Payments were planned for the 2014/15 tax year but have now been brought forward to this tax year instead.

The Equitable Life Assurance Society almost collapsed in 2000 and many savers saw the value of their savings funds drastically reduced. As a result, those with a ‘with-profits annuity’ – where the fund remains invested – saw their retirement incomes slashed.

An estimated 10,000-11,000 policyholders will qualify for the one-off payment. An extra £5,000 will be paid to anybody who meets the criteria and is also receiving Pension Credit when the payments are made.

Sajid Javid, economic secretary to the Treasury, said the Government was helping to compensate those who had ‘suffered an injustice’ and that he was “delighted to say that we now intend to make these payments in the current financial year.”

Government ministers, regulators and figures from the pensions industry met last month to discuss how to tackle ‘pension liberation’ fraudsters. The Financial Conduct Authority and the Serious Fraud Office were also at the meeting on 12 September.

Pension liberation scams convince people to hand over their pension pot in exchange for early access to the cash, without any explanation of the 55 per cent tax charge for doing so.

Pensions Minister Steve Webb warned savers to be wary of offers that seem ‘too good to be true’, especially concerning early access to pension funds. He said:

“By signing up to one of these schemes you will destroy your future retirement savings. The promise of easy money when times are tough is all too tempting, and there are far too many unscrupulous people who will prey upon this. These people want your pension pot and if you are offered a deal to unlock your pension, don’t touch it.”

Access to pension funds before the minimum age of 55 without incurring a substantial tax charge is rare and is usually only applicable in the event of terminal illness.