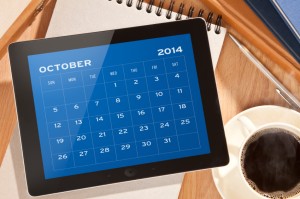 Confidence among small businesses has reached record levels, research by the Federation of Small Businesses (FSB) has shown.

The FSB survey revealed that small firms in all sectors improved their outlook for the fourth quarter of 2014. Personal services experienced the biggest increase in confidence during Q3, while the financial services sector remains the most confident overall.

The poll of more than 2,000 small businesses found that all UK regions have gained confidence during 2014. The north east saw the most improved outlook in Q3 but the south east remained the most confident region overall.

Barriers to growth remain despite increased financial stability and an upturn in confidence:

John Allan, national chairman of the FSB, said: “We want policy makers to lock in this optimism and continue to back the self-employed and small businesses. As we head in to party conference season, we’ll be looking to all the political parties to spell out what they will do to encourage job creation, investment and reward entrepreneurs in the next Parliament.”

Talk to us about your business plans for the rest of the year.

The proportion of SMEs using traditional forms of finance fell in the second quarter of 2014, according to research by BDRC Continental.

The research found that:

“SMEs continue to be in a more positive mood, with the economy now far less likely to be seen as a barrier to running their business. Use of, and appetite for, external finance remains broadly stable, but we are seeing declining use of, and appetite for ‘traditional’ core lending products like loans and overdrafts.”

HMRC will phase in quarterly penalties for late RTI returns by business size, starting with those who employ 50 or more staff on 6 October 2014.

Businesses with 49 or fewer employees will have until 6 March 2015 before penalties are issued.

HMRC said it will notify all employers about when penalties for late filing will be introduced.

Colin Ben-Nathan of the Chartered Institute of Taxation said:

“Smaller employers, in particular, need a longer period of time to adjust to PAYE and other administrative changes because they have very limited resources which are primary [sic] geared to servicing their clients and customers.”

We can administer your payroll for you. Call us today.

Sales fall more than a third

The number of annuities sold fell by more than a third between the first and second quarters of 2014, according to the Association of British Insurers (ABI).

Yvonne Braun, head of savings, retirement and social care at the ABI, said:

“Although it is too early to determine how customer behaviour will continue to evolve between now and when the Budget reforms come fully into effect in April 2015, there are still a significant number of savers who will want the regular income provided by an annuity. We would expect that many will choose to annuitise later as a result of the new measures.”

Annual income from standard annuities dropped 2.6% in August 2014, according to Investment Life and Pensions Moneyfacts.

This is the biggest monthly fall since August 2011 and it means standard annuity income is down by 3.2% in 2014.

Richard Eagling, head of pensions at Investment Life and Pensions Moneyfacts, attributed the “unusual” fall to a drop in gilt yields and a slump in consumer demand.

Talk to us about your retirement income options.