As well as the change to adult rate:

Figures released in 2014 by the Low Pay Commission show that the hospitality, retail and cleaning sectors accounted for 52% of NMW jobs. Small businesses contained 37% of workers who were paid the NMW.

The increase is the largest real-terms rise since 2007, and the government estimates that 1.4 million workers stand to benefit.

“As well as focusing on enforcement, the government must clearly and proactively communicate the change to employers – ensuring businesses fully understand what they need to do and when. This support and guidance is necessary so small businesses avoid inadvertently falling foul of the law.”

Preparing for a NMW rise 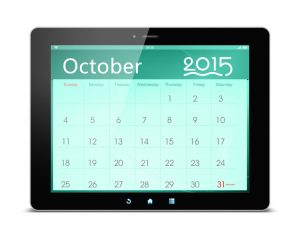 Businesses that are concerned about the effects of a rise in the NMW, can take the following steps:

Discuss your employer obligations with a member of our team today.

As business accounting becomes increasingly reliant on technology, errors in spreadsheets could pose a threat to the financial stability of many companies, according to the Institute of Chartered Accountants in England and Wales (ICAEW).

A report reveals that half of accountants feel that errors occur in spreadsheets with a frequency that is “very high” or “fairly high”. Three quarters of those surveyed labelled spreadsheet errors as a major potential risk for businesses.

The report found that:

Two thirds of respondents believe that it is likely that a large UK company will suffer financial damage as a result of spreadsheet failures in the next 2 years.

“We know flawed spreadsheet design and lack of formalised training can lead to significant costs. Errors, however, often remain unspotted which means the damage is difficult to recognise or measure.”

There are a few simple steps that a company can take to reduce the risk of spreadsheet failure:

Talk to our expert team about your business today.

Certain types of work-related travel for workers without a fixed office should be regarded as working time, a ruling by the European Court of Justice (ECJ) has stated.

In a case brought against the Spanish company Tyco, the ECJ had to consider whether journeys made by mobile workers between their homes and their first clients, and their last customers and home should count as working time.

The subsequent judgement that these journeys should count as payable work time as part of the European Union’s working time directive will have a number of implications for UK employers.

The national law as found in the NMW 2015 regulations apply.

Reaction to the ruling

“This ruling underscores the importance of greater national decision-making on employment laws. Once again, a faraway court is taking decisions that could impact business prospects, job creation and economic growth in the UK.”

Allie Renison, head of EU and trade policy at the Institute of Directors, said that the ruling would “surprise and concern” many businesses in the UK:

“The notion that the period mobile workers spend travelling between home and their first client in the morning must count as working time goes above and beyond the protections intended by the law.”

Neil Carberry, director for employment and skills at the Confederation of British Industry, said:

“Following the court’s decision, it’s now important that the government reaches a robust and effective definition of the ‘normal workplace’, so that travel to infrequently-visited client sites is covered, not ordinary commutes.”

Get in touch with us today to discuss your employer obligations.

YOUR MONEY: Pension ‘top up’ introduced

From 12 October 2015, eligible individuals will be able to begin topping up their state pension by up to £25 per week.

An example of how pension top ups will work:

The reason for the introduction of the pension top up option is that the new state pension system which starts in April 2016 is expected to provide a more generous income than the current system.

While you can top up your basic state pension pot, there is also the option to start another pension pot and begin contributing to that. Your existing contributions to your workplace pension can also be voluntarily increased.

The second main option is to defer your pension. What this means in practice is that you agree to delay the date that you start taking your retirement income. This can have a number of advantages, chiefly that it allows you more time to contribute and that annuity rates may increase over time.