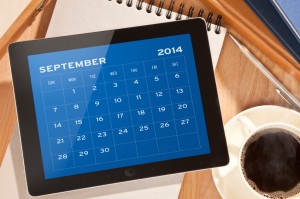 SME loan success rate up to 80%

Four out of 5 SME loan applications were approved in 2014, compared with 71% in 2013, according to research by venture capital firm Albion Ventures. Despite these improvements, just 1 in 10 SMEs applied for finance during the past 12 months, down from 17% in the year before. The survey of 450 firms revealed a number of changes in the ways SMEs use debt finance over the last year:

In terms of motivations and expectations, the study also found:

A separate study conducted by YouGov on behalf of Simply Business found that 52% of small firms have £10,000 or less in cash reserves. The survey of more than 1,000 small business owners found:

Jason Stockwood, chief executive of Simply Business, said small businesses were “… woefully underprepared for unforeseen circumstances which will prevent trading. Small business owners play a crucial role in the economic recovery, but we must ensure they are not existing so close to the brink.” Contact us for help accessing finance.

SMEs recognise the benefits of employing workers over 65 but many are not yet ready to meet the needs of an ageing workforce, a survey by the Chartered Institute of Personnel and Development (CIPD) has found. The vast majority (86%) of SMEs questioned acknowledge the benefits of an age diverse workforce but only 25% have ever employed a mature worker. The report found that many employers have introduced measures to support mature staff, despite a third of employers lacking provisions for older workers. These include:

The 3 main benefits of employing older workers are seen as:

Dianah Worman, public policy advisor at CIPD, said: “Employers are currently missing a trick by not offering flexible working to all employees and by not adapting to the changing needs of a changing workforce. Healthcare, provision for employees with caring responsibilities – these are just some of the many things SMEs need to be thinking about now to prepare for the future. “Failure to do so could mean they miss out on the full range of talent available, putting their business at a serious competitive disadvantage.” Contact us to discuss employee benefits.

Recruitment for permanent roles grew at the fastest pace in 5 months in July 2014, according to a report by the Recruitment and Employment Confederation. The survey, based on data collected from employers and recruitment consultancies, found that the number of people recruited into temporary jobs reached a 7 month high. In July 2014:

Elsewhere, a survey by the CIPD revealed signs of optimism in employers’ recruitment intentions:

Mark Beatson, chief economist at the CIPD, said: “The UK jobs machine powers on. Recruitment intentions are high, SMEs provide much of the fuel and we are seeing this all over the UK, with employers in the Midlands and the North having the highest short-term employment optimism.” Contact us to discuss your business planning.

More than a third (38%) of people don’t have enough money to save every month, according to research by Lloyds Bank. Lloyds Bank’s latest survey of more than 3,500 people found that 24% will either stop saving or save less during the next 12 months. The research found:

Andy Bickers, savings director at Lloyds Bank, said: “Despite widespread news about the economy improving, 4 in 10 still aren’t saving each month. This shows there is still some way to go for confidence in the economy to filter down to the man on the street.” Separate research conducted for the Post Office found that UK households’ savings potential has fallen by more than 10% over the last 4 years. After total expenditure, UK households could potentially save an average of £3,781 each year – less than their equivalents in both Spain and Italy. Henk van Hulle, head of savings at the Post Office, said: “While it’s great UK households feel more confident about their finances, it’s worrying that we’re seeing savings rates fall so soon after a recession.” Contact us to discuss your savings.