HMRC has revealed how it plans to introduce digital tax accounts over the course of the 2015/16 tax year.

Now, further details of what this transitional process will look have been provided by HMRC: 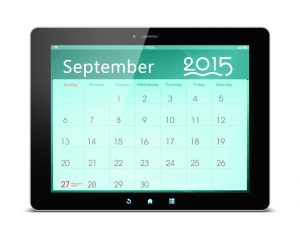 HMRC wants to introduce digital tax accounts in order to simplify the process for everyone involved.

However, some members of the Public Accounts Committee (PAC) have expressed concerns that HMRC will not be able to deliver on its proposed timetable.

In the summary of the PAC report into the digital transition, the committee stated:

“HMRC’s record in managing the Aspire contract and other IT contractors gives us little confidence that HMRC can successfully achieve this transition or that it can manage the proposed model effectively to maximise value for money.

“HMRC also demonstrates little appreciation of the scale of the challenge it faces or the substantial risks to tax collection if the transition fails.”

The cost benefits of HMRC running more of its processes through its own IT systems will be a 24% saving on its £800 million annual IT budget by 2020/21.

But HMRC also wants to stress a number of other key benefits to taxpayers:

Get in touch to talk about reporting and paying tax.

Ombudsman Services is launching a new service that will accept all consumer complaints.

The newly created consumer ombudsman will be able to receive complaints relating to the conduct of sectors that don’t have a current ombudsman. This includes retail, home maintenance, improvement or installation services, second-hand cars, car repairs and car servicing. The ombudsman is for any unresolved complaint a consumer has with an organisation, meaning that all internal complaints processes must have been attempted.

Consumers are able to register complaints with the consumer ombudsman regarding goods and services bought after 1 January 2015.

The move has caused some controversy in the business community regarding the new obligations that will be placed on businesses dealing with complaints.

“As of Thursday 1 October 2015 companies will be required by law to make consumers aware of a relevant alternative dispute resolution scheme e.g. the new consumer ombudsman.

“While this is a potential headache for small firms, we’re glad that the usage is not compulsory which would have added even more burdensome red tape.”

The consumer ombudsman outlines a 5 step process for consumers that would like lodge a complaint:

The company that is having the complaint lodged against them can choose whether or not they are willing to work with the ombudsman to reach a resolution.

Talk to our team about managing your business today.

5 months after the introduction of the new pension freedoms, 40% of Citizens Advice pension staff have come into contact with people affected by pension scams. Around 10% have seen people fall victim to scams.

Of those contacted by scammers, 80% had been cold-called, a third had been sent emails and a third had received post.

The emerging scams highlighted by Citizens Advice are:

“Pensions are precious so don’t fall foul of conmen who want to snatch your money.”

To stand the best chance of avoiding falling prey to a pension scam, individuals need to be aware of the common signs of fraudulent deals: