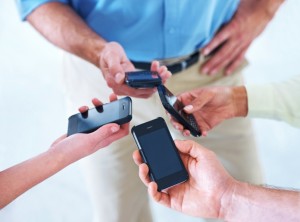 We look at the intricacies of the rules around mobile phones and loans to employees.

Employers may provide many benefits to employees in addition to their salary or wages. Some of these benefits can be tax-effective, in that the employer or employee (or both) may save tax by providing a benefit rather than cash.

Normally if an employer provides an asset to an employee for their personal use, the employee has to pay tax at the rate of 20 per cent of the asset’s value for a whole year. A mobile telephone is specifically exempt from tax under Income Tax (Earnings and Pensions) Act 2003 section 319.

What is a mobile telephone?

The statutory definition of a mobile telephone is: a telephony device that is not connected to a landline. This includes telephones in cars, vans and other vehicles. It does not include cordless telephones or telepoint telephones that work from a landline.

The previous view of HMRC was made in 2007 when it decided that ‘personal digital assistants’ (PDAs) were not mobile phones. The original view was that smartphones were simply modern versions of PDAs. HMRC now accepts that the matter is to be determined by the primary purpose. This means that recently acquired PDAs will probably also be regarded as mobile phones. Equipment that is primarily a computer but has telephony functions is unlikely to be regarded as a mobile phone. If in doubt, we can assist in advising whether an appliance comes within the exemption.

A mobile phone that may only be used for business purposes is not taxed in any way. The employee is simply using the employer’s assets for the employer’s business.

The latter tax exemption for mobile phones only applies to one mobile phone per employee. So if an employee is provided with two mobile phones that may be used for personal calls, one of them will create a tax liability for the employee. This is one of the areas where the law has changed.

Also, the exempt benefit only applies to an employer-provided mobile phone. Where, for example, the contract is in the name of the employee and the employer simply pays for the monthly cost, this will be considered a taxable benefit; only the cost of business calls can be deducted from calculating the taxable benefit.

There can be a tax charge if a mobile phone is provided to a member of the employee’s family or household, rather than to the employee directly.

It is becoming increasingly common for employers and employees to agree salary sacrifice arrangements. These work by the employee giving up some of his or her salary in exchange for a benefit.

Normally a salary sacrifice arrangement requires a change in the contract of employment. Unusually, mobile phones may be provided under a salary sacrifice scheme on terms where the employee has the right to surrender the phone for additional wages or salary. We can ensure that any such scheme works as you wish it to.

An employer may wish to use vouchers as a means for enabling an employee to make personal calls from a mobile phone.

Any financial assistance provided by an employer is likely to be a taxable benefit in kind, unless it comes within the scope of a specific exemption.

For a larger loan, the employer may be willing to accept repayments over several months. The same arrangements will apply, in that each loan repayment is deducted from net pay.

There are two important points: