New powers and penalties for HM Revenue and Customs 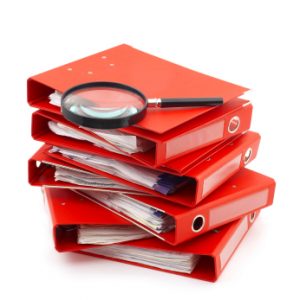 Since 1997 we have had a system called “self-assessment” for tax. This means that you assess your own tax by means of the figures you enter on your tax return. In the majority of cases, the returns are merely processed by HM Revenue and Customs and the tax you pay is the tax you have assessed on yourself.

As you might expect, HMRC have various weapons at their disposal to prevent people from under-assessing. Recent legislation has strengthened HMRC powers to ensure that everyone pays the “right amount of tax at the right time.”

The first line of defence for HMRC is the random check. They have 12 months from the time the return is filed to ask further questions to check the accuracy of the return. Many people wrongly assume that once that year is up the return is final and cannot be looked at again. This is incorrect. The 12 month time limit only applies to the random type of check. If HMRC have reason to suspect that a return for a previous year is incorrect, they can enquire into that return too. Where they consider that the mistake in the return was due to carelessness (which is widely defined) they can go back six years. Where there has been deliberate understatement they can go back 20 years. Many commentators think that HMRC will be making increasing use of their powers to review earlier years as they seek to maximise their “takings.” Also, under the old rules, there had to be a return to enquire into. This is no longer the case, so even someone who does not get a tax return could be the subject of a tax enquiry.

New powers allow HMRC to enter your business premises (although not your home) to inspect your business records. These checks apply to your “tax position” past, present and future so they can even be in connection with the tax year which has not ended yet.

There is also a new system of penalties which is less flexible than the old system of negotiated penalties. The new system specifies penalties at a set percentage of the tax underpaid and the percentage increases depending on the seriousness of the behaviour which produced the error. Penalties are lowest for a genuine mistake and highest where deliberate and concealed understatement is involved. Most commentators agree that the average penalties under the new system will be higher.

Advice from a suitably qualified adviser is more important than ever as HMRC have warned that taxpayers could be penalised for failing to take professional advice where their tax return involves something they do not properly understand and consequently the entries on the return turn out to be wrong.

For more information on the Powers and Penalties  of HMRC contact us here at M.B McGrady & Co.