PAYE AS YOU EARN UPDATE 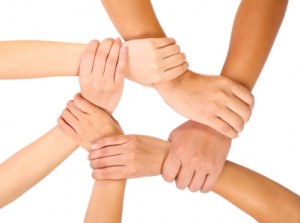 Standfirst: We take a look at developments in Pay As You Earn since our last Active Practice Update on this topic.

Between April and October 2013, almost all employers must make the switch to submitting their PAYE returns using Real Tim­­e Information (RTI). This applies even to the smallest employers. RTI usually means that PAYE information must be reported to HM Revenue & Customs (HMRC) ‘on or before’ the point the payment is made.

RTI means that you must submit a full breakdown of your payroll every time you run the payroll. This is usually completed automatically by the payroll software.

Employers who must comply with RTI should have received a letter from HMRC setting out the requirements.

In recent months, some further details have emerged about RTI:

Talk to us about preparing for RTI.

For employees in occupational schemes, these limits include the employer’s contributions. In a final salary pension scheme, a pay rise as small as £3,000 a year could exceed this lower annual limit. For those who have already built up large pension funds it may be possible to apply for fixed protection which, subject to certain conditions, could allow you to preserve a higher lifetime allowance.

In a more wide-ranging review of pensions, it is planned to introduce a new single-tier state pension from 2016. One of the changes involved includes ending the contracted-out rebate for national insurance on defined benefit occupational pension schemes. Affected employees and their employers will pay more national insurance.

The change will also end the state second pension.

Against this, the basic rate band is again being reduced. This means that more employees will find themselves paying the higher rate tax.

From 6 April 2013, the additional rate of tax is reduced from 50 per cent to 45 per cent. Such employees who receive childcare vouchers may now receive up to £25 a week tax-free instead of £22.

A new statutory test of residence is introduced from 6 April 2013. This is designed to introduce some certainty into an area where significant amounts of tax can be involved.

The test has three parts:

There are tables that determine how many factors must be met for the various bands of UK presence, which will subsequently establish your UK residence status.

The concept of ‘ordinary residence’ is abolished, but overseas workday relief is retained.

HMRC has published detailed guidance on this subject. We can advise on how these provisions apply to your workforce.

From 6 April 2013, there are increases in the percentages used to calculate the tax charge for company cars.

These increases can mean that many employees will be better off not having a company car but being paid more in salary. We can advise on this.

The taxation of company cars and fuel benefit uses a percentage based on the car’s carbon dioxide emissions.

The Government plans a package of measures to simplify tax-advantaged share schemes for employees. Some measures have already been enacted. In particular, the provisions for the Enterprise Management Incentive (EMI) scheme have been relaxed.

Luncheon vouchers lose their 15p a day tax relief from 6 April 2013 (postponed by one year). This rate has been unchanged since 1948.

The Office of Tax Simplification is considering a review of employee benefits, including abolishing some small reliefs and trying to bring PAYE and national insurance rules closer together.

Payroll giving allows employees to make donations to charity through the payroll. Currently only two per cent of employers offer such a scheme. The Government has announced a package of measures designed to simplify the administration of the scheme to encourage greater use.

Two changes are planned for SSP:

A new category of attachment order is being introduced to recover debts. The Direct Earnings Attachment (DEA) allows the Department for Work and Pensions to require employers to make deductions from their employees’ earnings.

The DEA is being tested in pilot schemes during 2013/14 with a view to being adopted nationally from 2014.

The Government is introducing a new category of employee shareholder. Such employees must be given shares which attract some tax reliefs. However the employees will lose some of their employment rights.

HMRC is only accepting PAYE payments at Cumbernauld for tax months from April 2013. Employers who currently make payments to Shipley should change for the new tax year.

In a similar vein, HMRC stresses the importance of entering the correct account number on forms submitted to them. Forms which do not set out the number correctly, such as by incorrect use of spaces, risk rejection.

Talk to us about how these changes to the PAYE system affect you.