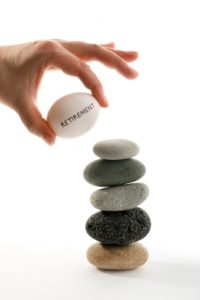 We take a look at pensions news, announcements and developments since our last Active Practice Update on this topic.

The auto-enrolment scheme for workplace pensions began in October 2012. Between then and February 2018 all employers, regardless of size, will have to automatically enrol all employees into a workplace pension and start making contributions on their behalf. The scheme is being phased in, starting with the largest employers first.

Small and medium-sized businesses, with fewer than 250 employees in their PAYE schemes, will not need to begin auto-enrolment until April 2014 at the earliest. Employees can choose to opt out of being auto-enrolled into their employer’s pension scheme if they wish.

Reactions to the start of auto-enrolment

Marta Phillips, chief executive of The Pensions Advisory Service (TPAS), revealed in February that only 1,300 out of 50,000 calls to TPAS had been auto-enrolment related, with two-thirds coming from small employers. Commenting on the nature of the calls received from small employers, she said: “They are concerned about the fact they have heard about automatic enrolment, they do not yet know enough information to enable them to plan, and they are worried about what they have to do.”

The National Employment Savings Trust (NEST), set up by the Government to allow employers to fulfil their workplace pension duties, said in February that restrictions on the annual amount employees can contribute to their NEST pension should be lifted by 2014. There is currently a £4,400 annual contribution cap on NEST funds, which makes it an unsuitable option for employees earning more than £60,000 per year. NEST also wants to see the ban on fund transfers removed well before the scheduled auto-enrolment review in 2017.

The Work and Pensions Committee joined NEST in calling for the restrictions to be lifted, with the Committee’s chair Dame Anne Begg saying: “The cap on annual contributions to NEST means that employers can’t opt for NEST for their higher-earners or if they want to make more generous contributions. So some employers are dismissing the NEST option and choosing a private pension provider who can offer a scheme for all their employees.”

In January, the Government published a white paper announcing plans to replace the current state pension with a single-tier, flat rate pension of £144 per week.

The reforms would simplify the current system of basic and additional state pensions and pension credits, which Pensions Minister Steve Webb recently described as ‘fiendishly complicated’.

Currently, people who’ve reached their state pension age and meet the National Insurance contributions (NICs) requirements receive a maximum of £107.45 basic state pension per week. There’s also an additional (or ‘second’) state pension, which you receive depending on earnings, NICs or the benefits you’ve received. Further pension credit top-ups for those who are eligible can take the weekly amount up to £142.70.

The plans are at the white paper stage only and will be subject to extensive consultation before any changes come into effect, likely to be 2017 at the earliest.

Andrew Vaughan, Chairman of the Association of Consulting Actuaries (ACA), welcomed the announcement and said that, when considered alongside auto-enrolment, the UK was ‘moving to a better place in terms of State pensions and private pension coverage.’

However, Mr Vaughan said that as employers make a final move away from defined benefit schemes in favour of defined contribution, more pension design options will be needed in order to drive up the value of contributions. He warned that the combination of the single-tier state pension and defined contribution workplace pensions would not generate anything near the retirement income that most people will need.

Marta Phillips, chief executive of The Pensions Advisory Service, said: “Introducing a simpler state pension will benefit millions of savers and pensioners. The changes will help people to understand how much they need to save to ensure they have a comfortable retirement.”

Consumer body Which? said that, though lower earners and the self-employed would benefit from the changes, older women who are close to retirement age would lose out because of the increase in qualifying NI contributions or credits. Older women are more likely to have switched to part-time working or retired early, and may therefore struggle to make up for any shortfall in NI contributions.

Pension fund contributions made above this limit are subject to tax charges at your marginal tax rate.

The lifetime allowance, which is the maximum amount an individual can build up in their pension pot without triggering a tax charge, is currently £1.5 million but is reducing to £1.25 million for the 2014/15 tax year.

Contributions you make to your pension fund over and above this limit could be subject to a 55 per cent tax charge when you reach retirement.

Reductions in these thresholds were announced in Chancellor George Osborne’s Autumn Statement speech in December. The Chancellor said that the reduction in the annual and lifetime allowances would save the public purse £1 billion a year by 2016/17 and said that only two per cent of people currently approaching retirement has a pension pot worth £1.25 million or more. Mr Osborne said it was ‘fair to look at the tax relief we give to the top two per cent’ in order to ‘help the great majority of savers.’

In January, the Pension Protection Fund (PPF) said that, of the 6,316 in its index, the number of private sector final-salary pension schemes in deficit fell to 5,173. This is down by 90 since December 2011. The aggregate deficit of all the schemes in deficit fell by £19.4 billion over the same period, to £269.1 billion at the end of December 2012.

… but so does expected retirement income

Prudential retirement expert, Vince Smith Hughes said: “Those who are still working should think about saving as much as possible as early as possible, to give themselves the best chance of building up a decent pension pot to help to ensure a comfortable retirement.”