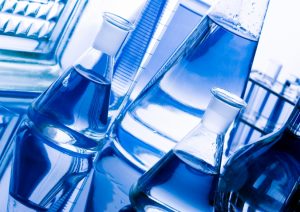 Research and development (R&D) and patent expenditure are treated generously for tax purposes.

The main provisions are:

• expenditure on patents and know-how

What is R&D?
For accounting purposes, R&D is largely defined as expenditure that cannot qualify for tax relief unless it can first be accounted for as R&D against certain standards. Although this is the primary starting point, expenditure qualifying as R&D under UK GAAP does not automatically qualify for R&D tax relief as there is a wide range of tax guidance and legislation which must be satisfied.

• apply such knowledge to commercial applications.

Care is needed in determining what to include in the scope and whether it should be treated as capital or revenue. Tax relief may be claimable where the R&D is conducted by another company on your behalf.

A SME may claim the additional relief against profits. Alternatively, in loss-making circumstances it may be able to surrender some or the entire claim for a cash payment known as the R&D tax credit. The applicable the rate is 11 per cent. This means that a company with a £100,000 claim can either:

In practice, the company usually claims the cash payment only when it has yet to make a profit.

Until 31 March 2016, a large company can choose whether to claim the additional relief as a super-deduction (as above), or claim above-the-line credit. From 1 April 2016, only the latter is available.

Above-the-line credit is given as 10 per cent of the expenditure. It increases the reported profits, making the tax benefit more obvious in the accounts.

The latter system can be more generous as the following example shows:

A company spends £5 million on a R&D project, of which £3 million is eligible for R&D relief. The project generates £7.2 million income. The main rate of corporation tax is 23 per cent.

We can make sure that you claim the maximum amount of allowable R&D relief.

Costs of patents and know-how

A company may acquire a patent or pay for a licence to use a patent. For tax purposes, these are treated similarly. The cost of obtaining your own patent is not included within the scope of the R&D regime referred to above, but will usually qualify for tax relief under other tax provisions.

Similarly, a company may pay to acquire know-how. Know-how includes industrial information and techniques used in manufacturing, mining or agriculture but excludes commercial information such as client lists. It can include information about marketing, packaging and distribution.

Such expenditure is regarded as intellectual property. This expenditure can be written off over several years. In general, the tax treatment follows the accounting treatment.

We can advise you on how to show such expenditure in your accounts and tax returns.

The patent box is a new regime which allows companies to pay less tax on income derived from patents (and from similar botanical and medical innovations). Use of the patent box is voluntary.

The patent box regime is being phased in over four years starting from 1 April 2013. When fully introduced, the regime will impose an effective corporation tax rate of 10 per cent on the relevant income. The company calculates its taxable profit in the usual manner and then subtracts a figure. The legislation allows the 10 per cent rate to be changed.

There are strict rules to ensure that only qualifying income is subject to the regime. In particular, the rules are designed to exclude:

• value attributable to the brand rather than the patent.

The scope of income subject to the regime is wide. It may include:

• licensing or sale of the patent rights

• sales of the patented invention

• sales of products that include the patented invention

• use of the invention in the company’s trade

• proceeds or compensation for patent infringement.

The patent box is intended primarily for patents registered with the UK Intellectual Property Office or the European Patent Office. However, the scope is wide enough to include other forms of intellectual property such as plant variety rights and supplementary protection certificates. It also includes inventions for which a patent would have been issued but for national security considerations. It is also possible to claim if a company holds licences to use third party technology, although in practice this option is limited.

Income extends to parts intended for a product incorporating a patent even though the part itself is not patented. An example provided by HMRC is a bespoke but non-patented ink cartridge for a computer printer that is subject to a patent.

The calculation of relevant intellectual property profits then involves seven steps set out in tax law. There is an alternative small claims election that may be made for companies whose profits are small. There is also another alternative approach known as streaming and, in some circumstances, this can be mandatory.

The above is a very brief summary of a complex regime. It is intended merely to help you consider whether you may be entitled to benefit from these reliefs.

Please contact us to discuss the reliefs you are entitled to.