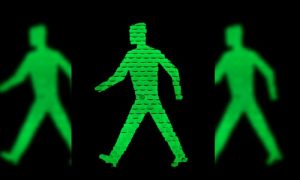 New business regulations typically come into effect on two common commencement dates (CCDs) in April and October each year. Below is our summary of some recent and upcoming legislation changes from 1 October 2012 that may affect your business and your customers.

As part of the Red Tape Challenge, the Government is continuing to review some 6,500 extensive regulations with a view to abolishing or substantially simplifying at least 3,000 by December 2013. It hopes the UK will adopt what it calls a more ‘common sense’ approach to business regulations but as a business, you should always remain aware of new or changing regulations which may affect you, your employees and your customers as a whole.

Changes in legislation from 10 September 2012:

In operation since 2009, the Vetting and Barring Scheme is designed to protect unsuitable individuals from working with children and vulnerable adults, however, since 10 September greater onus has been placed on the employer.

Two levels of enhanced criminal records bureau (CRB) will now be required, in the hope of scaling down paperwork for some employers:

Changes in key legislation from 1 October 2012:

Auto-enrolment of all eligible employees is being phased in for the largest employers from 1 October 2012. The new rules will apply to all existing businesses by 1 April 2017. Employers with 120,000 or more people in their PAYE scheme will be the first to automatically enrol workers into a qualifying pension scheme. This will be followed by businesses with more than 50,000 members from 1 November 2012, continuing gradually, until those without an existing PAYE scheme will be expected to comply from 1 April 2017.

Earning thresholds will also apply to those eligible for auto-enrolment, with those earning between the lower £5,564 and upper £42,475 thresholds eligible to join, and those earning £8,105 and above automatically enrolled. In addition, employers will have to top up pension contributions on a workers behalf between the lower and upper thresholds, with the amount depending on different factors. Employees earning less than £5,564 will be entitled to join the scheme, although their contributions are not required to be topped up. All employees will have the option to opt out of a pension scheme if they wish.

Exemption from mandatory audits will be extended to include small businesses, with the thresholds changing in alignment with accounting thresholds. Smaller firms will not need to subject their accounts to an audit providing they meet two out of the three following qualifying criteria:

In addition, most subsidiary companies will also be exempt from mandatory audits providing the parent company can guarantee their liabilities. The new regulations are expected to apply to accounting years ending on or after 1 October 2012 and may affect around 119,000 businesses.

Companies that currently prepare their accounts according to international standards (IFRS) are now be to change their accounting framework to the Generally Accepted Accounting Practice in the UK (UK GAAP) – the official body of UK accounting standards – providing they have not moved to the UK system in the previous five years. Parent companies that are not required to prepare accounts under EU law using IFRS will also be able to take advantage of this.

The Money Laundering Regulation 2007 requires businesses covered by the regulations, including accountants, money service businesses and trust or company service providers, to take appropriate precautionary measures to identify and verify the identity of their customers, thus reducing the probability of money laundering. However, amendments aimed at reducing red tape burden and maintaining a hostile laundering environment will allow greater flexibility to businesses whose compliance will be risked based. Firms will be able to rely on the customer due diligence of others in order to avoid duplicate checks and paperwork.

The national minimum wage will depend on the age of the worker and whether or not they are employed as an apprentice. The  rates per hour from 1 October 2012 will be:

What the future may hold…

An end to health and safety inspections for some businesses?

April 2013 may see thousands of ‘low risk’ businesses, such as shops, offices and pubs, exempt from inspections, saving time and money for businesses and the Health and Safety Executive (HSE). Furthermore, businesses may only be held liable for civil damages in health and safety cases if they can be shown to have acted negligently.

A mutual agreement between both employer and employee will make it easier for firms to dismiss underperforming staff in return for a pay-out. This is already available for some employers, but the criteria may be loosened.

A cap on unfair dismissals?

A cap on unfair dismissal pay-outs may be introduced, significantly reducing the level of pay-outs.

Changes to streamline the system are hoped to save money for taxpayers and businesses, handing more power to judges to dismiss ‘weak’ cases and reducing the number of required preliminary hearings.