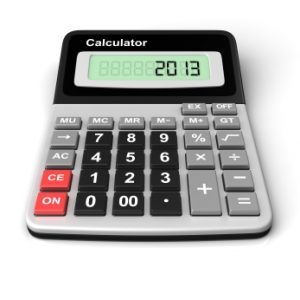 New business rules and regulations come into effect on ‘common commencement dates’ in April and October each year. The new tax year also begins on 6 April, bringing new rates and allowances into effect.

Here’s our summary of some of the changes that may affect you and your business from April 2013.

Changes to rates and allowances from 6 April:

The corporation tax main rate reduced to 23 per cent from 1 April 2013.

Changes to the annual exemptions limits:

A new ‘above the line’ credit – at 10 per cent – is introduced for large company R&D investment.

The Red Tape Challenge is a Government initiative to reduce the regulatory burden on businesses and society in general.

The Government has confirmed that new measures being introduced to reduce red tape, including their Red Tape Challenge reforms, are already saving businesses over £155 million per year, with roughly 1,500 regulations already identified for removal or substantial reduction.

The Government has introduced a ‘one-in, two-out’ rule, which means any new business regulations must create savings worth double their cost to business.

Among the changes that came into force in April are:

The new simpler income tax rules announced for small self-employed or partnership businesses (generally not exceeding the VAT registration threshold) are in force for the 2013/14 tax year. As planned the measure will allow small businesses to prepare accounts on a ‘cash basis’ rather than on an ‘accruals basis’.

Previously, there was no restriction on the investment premiums that could be paid into a qualifying policy, which meant individuals could obtain unlimited relief from higher and additional rates of income tax. When the policy is realised the individual should make a gain which is subject to income tax at the individual’s marginal rate. This is known as ‘the chargeable event gain regime’.

From 6 April 2013, an annual premium limit of £3,600 is imposed on qualifying life insurance policies. Transitional rules apply for the period between 21 March 2012 and 5 April 2013 inclusive.

Transfers of assets between spouses or civil partners are generally exempt from inheritance tax. However if the recipient spouse is not domiciled in the UK the lifetime cap on tax free transfers to that spouse was previously £55,000. From 6 April 2013, the £55,000 lifetime cap is lifted to £325,000.

HM Revenue & Customs (HMRC) have confirmed that they now consider ‘sleeping’ and inactive limited partners, as of 6 April 2013, liable for Class 2 and Class 4 national insurance contributions (NICs). Contrary to the view previously held by HMRC, it was announced that ‘sleeping’ and inactive limited partners should have been liable to pay Class 2 and Class 4 NICs in prior years, although they will not be required to pay those contributions retrospectively. However any Class 2 or Class 4 NICs paid for past years will not be eligible for Overpayment Relief, as these contributions were paid in accordance with the law.

HMRC’s new Real Time Information (RTI) system for PAYE reporting started on 6 April for larger employers and will be gradually rolled out to cover all employers, regardless of size, by 6 October 2013. Employers are required to report their employee payments on or before each pay day, as opposed to at the end of each tax year. Relaxed reporting arrangements are in place until 6 October for employers with fewer than 50 employees on their payroll, to allow them to adjust to the new system, HMRC announced at the end of March.

Prior to April, the entire earnings of an employee resident in the UK were subject to UK income tax, regardless of where the monies were received. If the individual was not ordinarily resident in the UK and was taxable on the remittance basis then earnings from non-UK duties were not taxed in the UK if they were not remitted to the UK.

Problems could be caused in deciding the split of earnings between UK and non-UK duties. In some cases it was necessary to calculate the UK income tax liability by reference to each individual transfer from the overseas bank account.

From April, general earnings can be apportioned on a just and reasonable basis, preserving the approach that was originally introduced as a statement of practice.

Overseas workday relief (OWR) is also placed on a statutory footing alongside the introduction of the statutory residence test. OWR is available to all individuals who are not UK domiciled for the tax year in which they become UK resident and the following two tax years.

We can help you understand how regulatory and legislative changes affect your business or personal finances and planning. Contact an adviser to find out more.