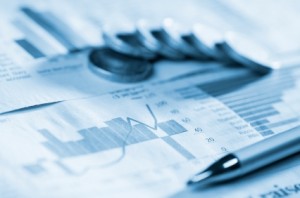 Most new regulations affecting businesses come into force on ‘common commencement dates’ in April and October each year.

The Government’s commitment to reducing the regulatory burden on businesses is being enforced with three key ideas:

Departments and ministers have to justify any increases in the cost of regulation by finding savings of at least equal value.

An extension of One-in-One-Out, where measures that increase the cost of regulation have to be offset by deregulatory measures that are at least twice as valuable.

Launched in April 2011, the Red Tape Challenge gives businesses and the public the chance to have their say on some 6,500 regulations, with the aim of improving or scrapping unnecessary red tape.

Here’s a summary of some recent changes that may affect you and your business, as well as regulations that are due to come into force in October 2013.

As of 1 September 2013, employees can choose a new employment status allows them to waive certain employment rights in exchange for shares in their employer’s company.

Employees cannot be forced into ‘shareholder’ status and they must be given – rather than purchase – a minimum of £2,000 worth of shares in their employer’s company. In a bid to boost take-up of the scheme, employee shareholders can take advantage of capital gains exemptions on gains made from the sale of shares worth up to £50,000.

Employees still retain, among other employment rights, the right to claim sick pay, maternity leave, time off for emergencies and paid annual leave. But they will forfeit:

The NMW rates will increase from 1 October 2013:

Employers who break NMW rules are liable to be ‘named and shamed’ under an existing Department for Business, Innovation and Skills scheme. Prior to 1 October 2013, they had to owe at least £2,000 to workers – and owe an average £500 per worker – before being named. However, new rules in effect from 1 October 2013 remove these restrictions.

As well as being named, employers who pay workers less than the minimum wage will continue to pay back arrears of wages at current minimum wage rates and face financial penalties of up to £5,000.

The following measures were included in the Government’s Sixth Statement of New Regulation in July and are scheduled to come into force in October. However, at the time of writing, they are still subject to Parliamentary procedure:

Company directors will be required to disclose and communicate key information regarding their pay to shareholders. It will particularly affect company directors whose pay is directly linked to company strategy and performance.

Micro-businesses – those with a net turnover below £632,000 and with 10 or fewer employees – will be able to prepare and publish an abridged balance sheet and profit and loss account. Previously, micro-businesses were subject to the same financial reporting rules as other small businesses. They will also continue to be exempt from the requirement to file the profit and loss account with Companies House.

Under a separate Act, a simplification of health and safety reporting requirements means employers will have to report fewer occurrences of injury, disease and dangerous incidence.

Amendments to the Equalities Act 2010 means employers will no longer be liable for the harassment of staff by third parties such as customers. However, the employer may still be considered liable if they are found to be negligent in ignoring employees’ complaints.

A change to the Enterprise and Regulatory Reform Act will ensure that a pregnant worker continues to have the right to bring a claim for breach of statutory health and safety duty in relation to rights under the Pregnant Workers Directive.

Granted permission by the Royal Courts of Justice for a Judicial Review hearing in October, they are set to challenge the fees as indirect discrimination under EU law.

Unison believes that the introduction of fees on 29 August makes it more difficult for an individual to take their case to a tribunal.

Unison’s general secretary Dave Prentis said: “The introduction of punitive fees for taking a claim to an employment tribunal, would give the green light to unscrupulous employers to ride roughshod over already basic workers’ rights.”