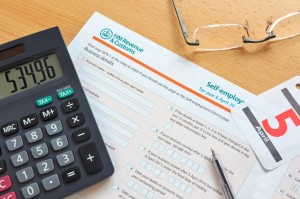 HMRC has the right to investigate any tax return submitted by any taxpayer. The department has considerable powers to inspect documents and to question the taxpayer.

The procedures for tax investigations are formal and subject to a code of conduct. They can often arise from a ‘discovery’. This includes situations where HMRC has discovered information not properly entered on your tax return. A discovery can extend the period allowed to HMRC to investigate.

If you are contacted by HMRC about a tax return, you should contact us to ensure that the matter is dealt with properly.

As some investigations are conducted at random, you can never completely escape the possibility of an inspection. However, most investigations, particularly the more detailed ones, arise because HMRC has concerns about a tax return.

The following steps should help avoid an unnecessary enquiry:

Make sure your returns are correct

Ensure that the arithmetic is correct, that the amounts relate to the right year and that all figures have been put in the appropriate box. If sending a paper return, make sure you have signed it.

Keep a copy of the return with working papers to say how every figure on the return has been taken from your records.

Maintain your copy of the return, the working papers and the supporting accounts and documents for at least six years.

If you have raised a query with HMRC, keep a note of it with your tax papers. If the query was made by telephone, record the name of the tax officer, their department, the date and time and a note of what was said.

Compare the figures for turnover and profit with the previous year and with comparable trades. If there is a significant difference, ensure that you know why.

Consider if any disclosure needs to be made in the ‘white space’ on a tax return. This is where you may disclose any other information. If you make a full disclosure in this space, it can restrict the right of HMRC to investigate, as HMRC cannot ‘discover’ what you have already told them.

Check the bases you use for determining the tax treatment. Do not assume that a basis is correct just because you have used it for many years without HMRC querying it.

This is likely to shorten any investigation and reduce any penalties that may be imposed.

HMRC routinely challenges such schemes and is successful in more than 80 per cent of cases. Artificial tax avoidance schemes rarely save the tax they are supposed to and can, sometimes, increase the amount of tax. We can discuss with you the difference between proper lawful tax planning and artificial schemes.

What happens in an investigation?

You should contact us immediately if you receive an enquiry letter from HMRC. If it is a routine enquiry, we can ensure that any questions are answered promptly and fully.

The tax payable plus interest and penalties can be a large figure. We may not be able to avoid penalties but we can ensure that the penalty is minimised as much as possible.

We can also ensure that HMRC does not demand to see papers that are protected by legal privilege. HMRC is not entitled to go on a ‘fishing expedition’ to see if it can find evidence of underpaid tax. There have been cases where taxpayers have successfully challenged HMRC’s demands for documents.

Conduct of an enquiry

HMRC will, generally, carry out enquiries where one of three things is suspected:
• fraud

HMRC will tell you if they suspect fraud. If they do, they usually do not tell you what is suspected or what evidence they have for their suspicion. Instead you are invited to make a disclosure of any irregularities you are aware of. It is a final opportunity to ‘come clean’. Where HMRC suspects fraud, it is essential that you obtain professional advice.

Tax evasion is a criminal offence for which offenders can be imprisoned and get a criminal record. HMRC often prefers to use a procedure known as ‘civil investigation of fraud’. Under this, a taxpayer who cooperates may be fully able to avoid criminal action.

How to survive an investigation

The following should help you when being investigated:

Be calm, polite and co-operative

A taxpayer who is agitated, impolite or uncooperative could be seen as having something to hide. Such behaviour undermines the credibility of evidence. Politeness makes it more likely that HMRC will listen sympathetically to what you have to say. Cooperation can reduce the amount of any penalty, sometimes to zero.

Be honest and complete in disclosures

If you are open in admitting your mistakes, you make it more likely that your other comments will be believed. One of the worst things to do is to make a partial admission while holding something back.

HMRC may have information about you that it has not disclosed, such as other shareholdings or properties.

Get your facts straight

Do not change your story or be vague. For example, if money has been paid to a director, be clear whether this is salary, dividend, loan, loan repayment, rent, expenses or something else. Ensure that your records support this.

If a document is missing, recreate the original, stating that it is re-created, and include as much detail as can be provided.

Remember that verbal evidence is still evidence. Normally your accountant will speak for you but ensure that you have someone who has a good command of the facts. It is helpful to produce a timeline of what happened and when. You should know why all decisions were made. Have your documents ready in an indexed bundle.

Tax investigations can be expensive, even if you are cleared or are subject to a random inspection. In addition to your own time and the disruption to your business, there can be accountants’ fees, which can become significant. It is possible to arrange insurance cover to meet the cost of HMRC investigations.

Please let us know if you would like to discuss any aspect of tax investigations [email protected].