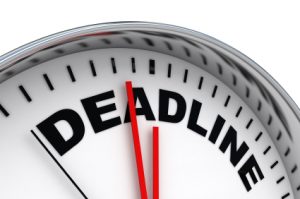 As of the new tax year, which began on 6th April, HMRC are increasing the penalties for late tax returns and late payment of overdue tax. Delay and you’ll be made to pay, is the stance HRMC are taking as these new penalties increase over time. The old £100 penalty was not a big enough deterrent so they have decided to get tough.

The new penalties are outlined below.

If you file your return late the penalties are as follows:

The Penalties for late tax payments are as follows:

Under the new penalty scheme a tax return filed 6 months late could attract a penalty of at least £1,300. The new penalty regime for late filing and late payment of self assessment income tax starts in April 2011 and applies to the tax year 2010/11.