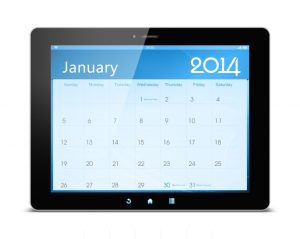 Welcome to your January newsletter. In this issue, we look at research that revealed the UK’s SME population reached a six-year high in 2013. The Government has launched a consultation into the use of zero hours contracts; we examine some of the options put forward. The deadline for real-time PAYE reporting has been relaxed for micro employers; we take a look at the finer detail. And, in Your Money news, we consider the possible effects of the upcoming changes to the lifetime allowance for pension savings.

The number of small and medium-sized enterprises (SMEs) in the UK reached a six-year high of 2.16 million in 2013, according to the National Association for Commercial Finance Brokers (NACFB).

The NACFB’s SME Growth Monitor also revealed that since 2011:

“SMEs are the stalwarts of the economic recovery: they have made the early running and played a vital role in brightening the UK’s future prospects.

“By fuelling activity in greater numbers across the majority of UK industries, they have helped rebuild a strong foundation for further growth. This not only opens up more jobs but also boosts those larger employers who count SMEs in their supply chain or rely on the essential services they provide.”

Elsewhere, the Federation of Small Businesses (FSB) found that optimism among its members has increased for the fourth consecutive quarter, with businesses across all sectors and all regions looking to 2014 with confidence.

“Confidence has been in positive territory for a full year, giving economic growth solid foundations moving into 2014. Small firms are creating more jobs and investing in their business and there are encouraging results behind the headline figures, with promising trends evident across the main areas of expansion, investment and employment.”

The Business Secretary, Vince Cable, has launched a consultation into the understanding and use of zero hours contracts.

Official figures suggest that there are 250,000 people employed under zero hours contracts, which offer no guaranteed hours or pay and are typically used for low-paid, on-call workers. The Chartered Institute of Personnel and Development has said the figure could be closer to one million.

Mr Cable said such contracts “have a role in a flexible labour market” but said the Government’s own research last year uncovered concerns around:

The consultation will run until 13 March 2014 and will collect views on options put forward by the Government, which include:

Neil Carberry, director of employment and skills at the Confederation of British Industry, said zero hours contracts have “helped to save jobs through tough economic times and enabled businesses to respond rapidly to new opportunities over recent months.”

John Wastnage, employment and skills adviser at the British Chambers of Commerce, welcomed the consultation but stressed that it shouldn’t jeopardise the employment opportunities that zero hours contracts create. He said:

“The UK’s flexible labour market has prevented unemployment from increasing to the levels economists expected during and following the recession. Excessive restrictions on zero hours contracts could lead to increased unemployment among exactly those groups who already face higher levels of unemployment, and for that reason we are pleased that the government is taking an evidence-based approach. Zero hours contracts are vital for a successful jobs market, but they must be fair and work for all parties.”

Micro employers will be given until April 2016 to adapt to the real time information (RTI) system for reporting PAYE payments, HM Revenue & Customs (HMRC) has announced.

Micro employers – those with fewer than 10 employees – who need more time to adapt to RTI can continue reporting PAYE information on or before the last payday in the tax month until April 2016.

Under RTI, employers must send employee PAYE information to HMRC in real time, rather than at the year-end.

A separate extension allows companies with fewer than 50 employees to continue reporting PAYE information by the date of their regular payroll run but no later than the end of the tax month in which the payments are made until April 2014. The new extension for micro businesses is separate to this arrangement.

“This package strikes a good balance by ensuring RTI improves PAYE processes while minimising the impact on micro-businesses and their agents by giving them up to two years to adapt.”

A reduction in the lifetime allowance (LTA) for pension savings could cost savers billions in unexpected tax charges according to research from Standard Life.

The LTA – the maximum amount an individual can accrue in pension savings in their lifetime before triggering a tax charge – falls from £1.5 million to £1.25 million in April 2014.

Research conducted by YouGov has found:

Standard Life said that individuals should consider whether the two new protection options might be suitable for them.

“Savers might be years away from retirement but if they have saved a fair amount in various pension funds they could be near the danger zone.”

In other pension news, The Pensions Advisory Service (TPAS) has launched a new initiative to support women in saving for retirement. Alongside a new leaflet, TPAS will launch a survey which will help tailor future support provided to women.