A guide to how dividend taxation will change from April 2016.

The chancellor George Osborne wasn’t exaggerating when he said he was undertaking a “major and long overdue reform to simplify the taxation of dividends” in his Summer Budget speech.

The current dividend system was set up more than 40 years ago to avoid double taxation of profits. At the time, corporation tax was more than 50% which meant that some individuals saw an 80% tax on their dividends. 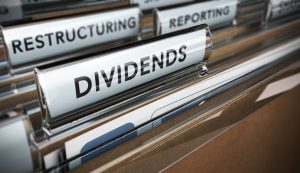 Today corporation tax is 20% (and is due to fall to 18% from April 2020) but the taxation of dividends has remained unchanged. This has provided owner-managed businesses with financial incentives to incorporate and extract profits as dividends. Osborne said the government cannot reduce corporation tax further while there are “rapidly growing opportunities for tax planning”.

So the “complex and archaic system” of tax dividends will be overhauled in April 2016 with a simplified structure and different tax rates.

The final rules are still subject to legislation but HMRC released a factsheet of how it envisages the rules will apply on 17 August 2015. The examples in this article are based on the details from the factsheet.

Changes at a glance

There are 4 main changes that will come into effect from April 2016.

Dividends paid within pensions funds and those received in shares from ISAs will stay tax-free.

The £1,000 savings allowance (£500 for higher rate taxpayers) due to come into effect in April 2016 excludes dividend income.

Who will be affected?

The government predicts that 85% of people will pay the same or less tax under the new rules.

The other 15% are likely to be basic rate or non-taxpayers who receive dividends exceeding £5,000 a year. This could be a business owner who receives an annual salary below the personal allowance and takes the rest of their remuneration in dividends.

For basic rate taxpayers, the 10% tax is deemed sufficient and there is no more tax to pay.

For higher and additional rate taxpayers the dividend and the dividend tax credit are added together and this figure is taxed according to an individual’s income tax band at the following rates:

These taxpayers can reclaim the dividend tax credit from the tax due.

The government hasn’t confirmed the full details so it is not possible to fully assess the impact of the changes at present. How the £5,000 dividend tax allowance will work with the personal allowance and dividend tax rates is still an important, yet unconfirmed, detail.

The following examples assume that:

Hayley, John and Susan all receive £20,000 in dividends a year but have different salaries.

None of the individuals pay tax on their dividends under the current rules.

All of the individuals in these examples will pay tax on their dividends from the 2016/17 tax year. However the amount of tax they will pay will differ.

John The first £5,000 of John’s dividends fall under the annual dividend allowance and are tax-free. This leaves £15,000 of dividend income that will be taxed at the basic rate of 7.5%. Susan Susan’s situation is a little more complicated. All of her salary falls within the personal allowance and basic rate income tax band. She has not used £3,000 of the basic rate allowance.

The £5,000 dividend allowance is split in the following way:

As a higher rate taxpayer, Pritesh currently pays 32.5% tax on all his dividends and can reclaim the tax credit.

Pritesh will pay less tax on his dividends compared to 2015/16.

Although Pritesh earns £10,000 more than Susan a year, they both pay the same rate of tax on their dividends.

Until the exact details of the changes are made public, approach any strategies to minimise dividend tax with caution and seek professional advice before making any decisions.

Once the rules have been finalised, we will be in a much stronger position to advise on how the changes will affect you.

Talk to us about tax planning strategies.