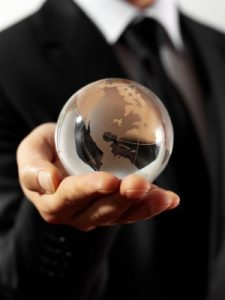 This guide looks at Universal Credit, a new benefit that will replace six existing benefits with a simpler, single monthly payment.

Plans for the Universal Credit (UC) were first announced in 2010. Starting in October 2013, it will replace a number of existing benefits. The new credit system is administered online and is intended to streamline the benefits system.

What is Universal Credit?

The UC is a means-tested benefit for anyone of working age. The upper age limit is set at qualification for the Pension Credit. The UC is not intended to be an in-work or out-of-work benefit but it is fundamentally a single credit irrespective of the claimant’s employment status. UC aims to make it easier to manage the change from unemployment to employment since people won’t need to keep changing from one benefit to another as their income circumstances change.

UC seeks to improve work incentives through a combination of earnings disregards and lower benefit withdrawal rates. It is also expected to smooth the transitions in and out of work. Merging a number of existing benefits into a single universal payment also reduces the complexities and costs of the current multi-benefit system.

UC is being introduced in three phases between October 2013 and 2017, having been pilot-tested in pathway areas from April 2013.

As from April 2014, no new claims are accepted for tax credits.

From April 2014 to October 2017, all existing benefits claimants are switched across to the UC.

What remains and what is abolished?

The UC will, in time, see the end of a number of individual benefits. These include:

Not all separate benefits will be replaced, however.

Please get in touch if you think you and your family may be affected by the introduction of Universal Credit.

There are a number of provisions in the Welfare Reform Act 2012 which determine who may claim the UC.

Single people or members of a couple together can make a claim. To qualify you will need to be at least 18 years of age and under the age that entitles you to the Pension Credit. In the case of couples, where one partner reaches Pension Credit age before the other, the pair must continue to claim the UC until both have reached the threshold for the Pension Credit.

What about income disregards and taper?

There are no changes to the regulations on capital as they apply to those on income support. In other words, people with savings above £16,000 will be excluded from the UC.

However, some income is to be disregarded. A disregard is the sum of money a person can earn before their benefit is gradually reduced or stopped altogether. The UC will see earnings disregards based on individual needs. For example, a couple with children will enjoy a higher disregard than a couple without children.

The disregards for the UC include the disability living allowance and the personal independence payment, which replaces it in 2013. Other sources of income, such as workplace and personal pensions, will be taken into account when calculating any UC entitlement.

Different amounts will be disregarded from earnings to accommodate the circumstances of different individuals and families.

Claimants in work are entitled to a work allowance of £111 a month, to which additions may be made for children or where either the claimant or their partner is disabled. Housing costs will also be taken into consideration.

If a claimant is moved to UC and receives less than they would have under the previous provisions, transitional relief is provided.

What will the UC pay?

Claims will be made on a household basis rather than on an individual basis. The sum awarded will be calculated according to the income and circumstances of all of the members of the household. The Government has committed itself to ensuring that no one, whose circumstances have not changed, will be worse off when they are transferred to the UC.

There is a basic allowance with different rates for single people and couples.

As well as providing personal sums for individual claimants and for couples, the UC will offer extra amounts intended to cover children, paid on top of child benefit, and childcare, paid as a percentage of the costs of registered childcare and mirroring the childcare element of the working tax credit. There will be additional payments for disabled children.

Additional amounts will also be paid to those who have a limited physical ability to work, and to those who have regular and substantial caring responsibilities for someone with severe disabilities. For anyone who rents their home, UC is worked out in roughly the same way that housing benefit is calculated.

The maximum claim will be limited by a cap based on median net earnings for a working family. The cap is £350 a week for a single person and £500 for couples and other households. There are, however, exceptions to the cap.

How does this impact the self-employed?

Any self-employed person who applies for the UC may find themselves to be assumed to be on an income the equivalent to a full-time earnings at the rate of the national minimum wage.

The Department for Work and Pensions is in charge of administering the UC. It is intended that the vast majority of claims will be made and handled online. The UC will access HMRC’s ‘real-time’ IT system to measure the level of earnings of any claimant. Payments of UC are made directly into claimants’ bank accounts on a monthly basis.

The new system allows those entitled to income support, the jobseeker’s allowance and employment allowances to receive national insurance credits on broadly the same basis as applied to previous benefits.

What are the conditions for claims?

The Government has said that claimants must sign a ‘claimant commitment’ and will be then placed into a particular group depending on their circumstances and the nature of the claim.

For advice and information please contact us at info@mbmcgrady.co.uk.